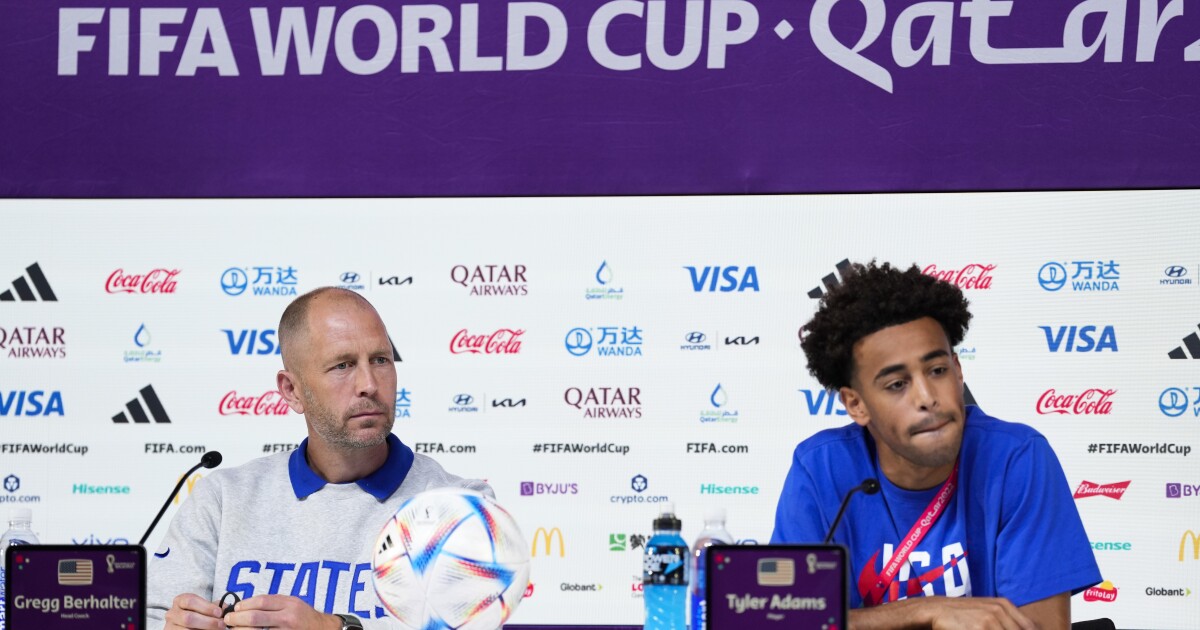 Iran has been under severe scrutiny in the global competition due to the ongoing civil rights issues surrounding the country’s women and girls.

“You say you support the Iranian people, but you’re pronouncing our country’s name wrong. Our country is named ‘eee-ron,’ not ‘i-ran.’ Once and for all, let’s get this clear,” an Iranian journalist said.

He then asked Adams if he felt comfortable playing for the USMNT despite there being “so much discrimination against black people in his own borders.”

The captain replied that “there’s discrimination everywhere you go.”

“One thing that I’ve learned, especially from living abroad in the past years and having to fit in in different cultures and kind of assimilate into different cultures, is that in the U.S., we’re continuing to make progress every single day,” he explained. “Growing up for me, I grew up in a white family with obviously an African American heritage and background as well.”

Adams further lauded the progress being made in the United States.

When Berhalter was hit with questions on the state of geopolitics between the U.S. and Iran as well as inflation in his home country, he told reporters, “I don’t know enough about politics. I’m a soccer coach.”

“And I’m not well versed on international politics, so I can’t comment on that,” he added.

The coach and captain maintained that their focus lies on the match against Iran on Tuesday.

Berhalter has further said the team had no part in recent posts from the U.S. Soccer Federation, which scrubbed the Islamic emblem from Iran’s flag. “The players and the staff knew nothing about what was being posted,” he said.

“Sometimes things are out of our control. We believe that it’s going to be a match that the result will depend on who puts more effort in, who executes better on the field. And we’re not focused on those outside things. All we can do on our behalf is apologize on behalf of the players and the staff, but it’s not something that we are part of,” he continued.

The official US Soccer Twitter has posted the flag of Iran without the Islamic Republic symbol. US Soccer says it’s to show “support for the women in Iran fighting for basic human rights.” US Soccer adds it was a one-time display and it will restore the symbol moving forward. pic.twitter.com/KmhWqQoLSo

According to ESPN, Iran has since filed a complaint with FIFA’s ethics committee.