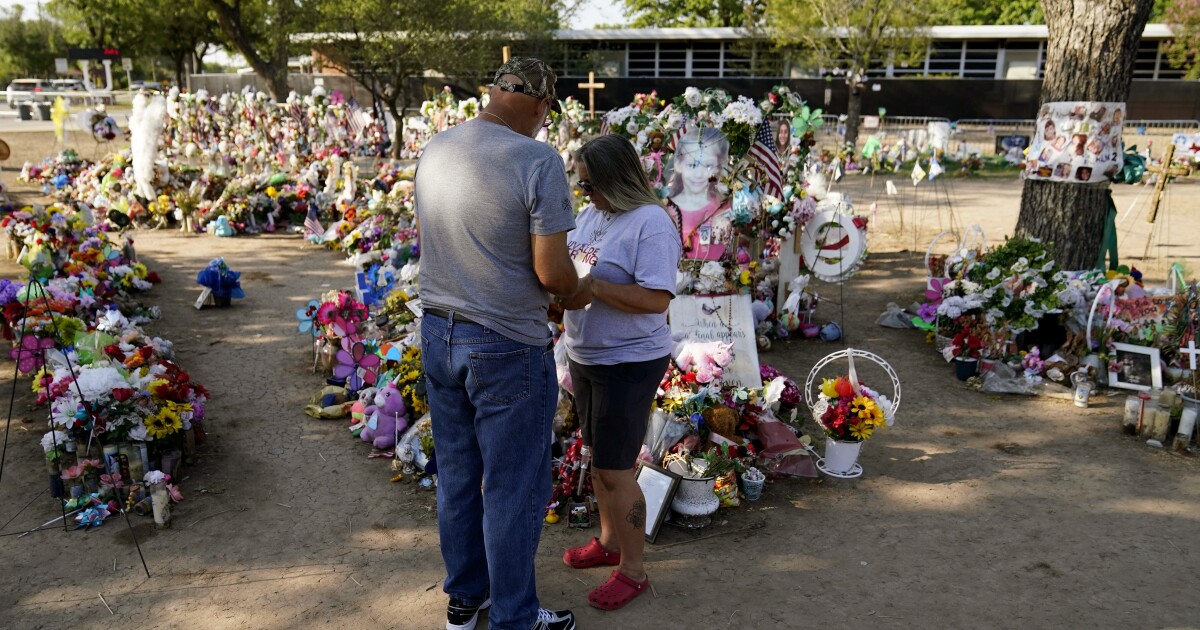 Several survivors of the Uvalde school shooting are suing law enforcement officers for $27 billion in damages for the slow response to the mass shooting.

The plaintiffs in the lawsuit, a group of students, teachers, and parents, say they “have sustained emotional and psychological damages as a result of defendants’ conduct and omissions on that date.”

The plaintiffs are seeking $27 billion in compensation to take care of the children and others who were allegedly traumatized by the shooting, with the lawsuit detailing the lasting effects of the more than an hour time frame before law enforcement stopped the shooter’s rampage at Robb Elementary School.

“People are hurting, their children are hurting,” said lead attorney Charles Bonner, at a news conference Wednesday. “They don’t know what to do and there’s no one helping them.”

The lawsuit lists the Uvalde Consolidated Independent School District, Texas Department of Public Safety director Steve McCraw, and former UCISD police chief Pete Arredondo, among other law enforcement officials as defendants. This is the first lawsuit to name McCraw as a defendant.

The lawsuit was filed in the U.S. District Court for the Western District of Texas.

The shooting at Robb Elementary School in Uvalde, Texas, in May killed 19 students and two teachers. Local law enforcement has been heavily scrutinized for their response, with surveillance footage showing officers waited more than an hour to confront the shooter, despite entering the school three minutes after the shooting.