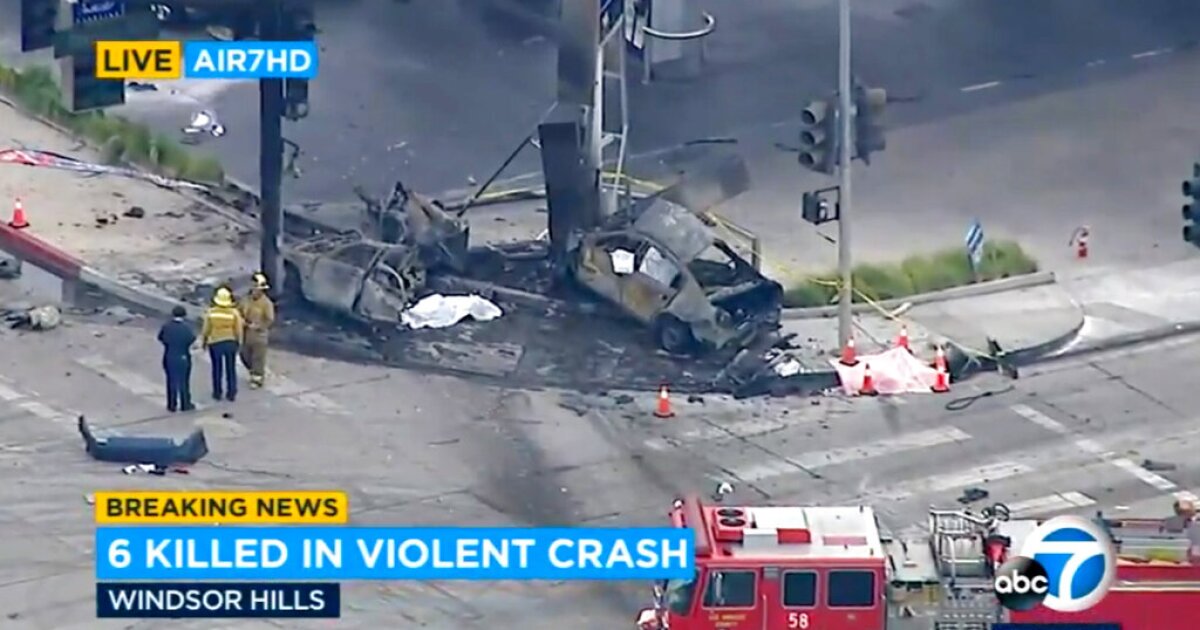 Shocking video shows the moment Thursday afternoon when a speeding car shot into a busy Los Angeles-area intersection, leading to a fiery crash that killed five people and injured at least several more, according to officials.

Among those who died were a pregnant woman and her infant, said California Highway Patrol officials, per a local NBC affiliate. That report said eight people, six children and two adults, were taken to the hospital with injuries.

Video from what appears to be a gas station in the Windsor Hills area was obtained by local outlet KTLA. The vehicle that sped into the intersection blasted through a red light, and the driver did not appear to try to hit the breaks. The crash was reported at around 1:40 p.m. local time, per the report.

The crash is under investigation by CHP.