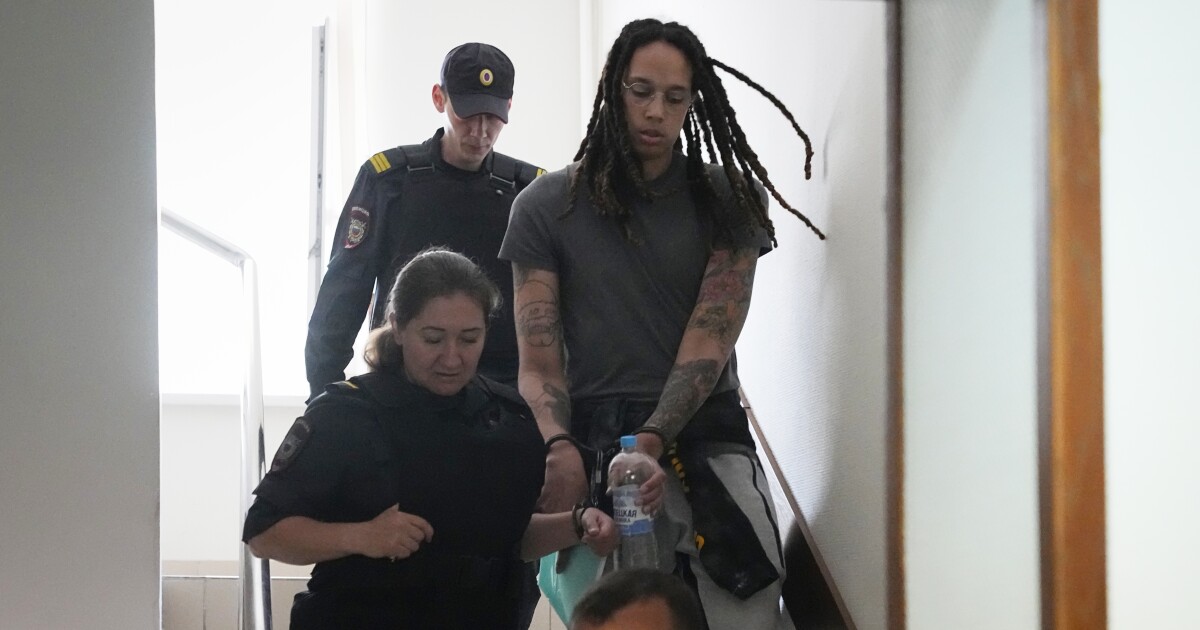 The lawyer for Russian arms dealer Viktor Bout, who is currently in a U.S. prison, believes the Kremlin would agree to give up two Americans being wrongfully detained in Russia in exchange for his client.

Bout, who was given a 25-year prison sentence in 2012, roughly three years after he was arrested in Bangkok in a sting led by the U.S. Drug Enforcement Agency, has gotten more attention in recent weeks following the start of WNBA superstar Brittney Griner’s trial in Russia. The White House and State Department say she’s being “wrongfully detained.” Griner pleaded guilty to the charges on Thursday.

Steve Zissou, Bout’s attorney, told the Washington Examiner in a Thursday interview that his “sources” say Russia would view a swap of Bout for Griner, who is facing a 10-year prison sentence, and Paul Whelan, a former U.S. Marine who is still in the first couple years of a 16-year prison sentence despite the West’s insistence of his innocence, as an “acceptable agreement.”

The Kremlin has not commented on the chatter of a swap, though Russian state media have promoted the idea in recent days.

Bout, nicknamed the “Merchant of Death,” a reference to the 2005 Nicolas Cage movie Lord of War, has been accused of selling arms to sanctioned human rights abusers in Angola, Liberia, Sierra Leone, and Congo, according to Amnesty International. Zissou dismisses the nickname as a “Hollywood label.”

Despite his track record, Zissou said he believes it’s time for both sides to ramp up negotiations because Bout could be released from prison in as soon as five years.

“It remains to be seen whether or not … President Biden is going to be willing to acknowledge the obvious, and that is Viktor Bout’s going to be home soon, no matter what. Let’s get something for him. It’s not like he just started the sentence yesterday. He’s been in jail for 15 years.”

Judge Shira Scheindlin said in her ruling that the sentencing guidelines, which called for life in prison, in the case “do not produce a reasonable sentence” and that it created “an extraordinarily high guidelines range that I find is fundamentally unfair to this defendant, given all the circumstances of this offense.”

Most of his arms deals occurred years before the sting that resulted in his arrest. At the time however, he agreed to provide weapons to undercover DEA agents he believed to be members of FARC, a Colombian rebel group.

“While the government argues that the fact that this case arises from a sting operation is not a mitigating factor, I disagree,” the judge wrote at the time. “But for the approach made through this determined sting operation, there is no reason to believe that Bout would ever have committed the charged crimes. It is certainly true that he may have continued to sell arms in other places in the world, but there is no reason to believe would have committed any crime over which American courts have jurisdiction.”

The severity of Bout’s crimes, combined with the Department of Justice’s opposition to prisoner exchanges, could hamper a deal.