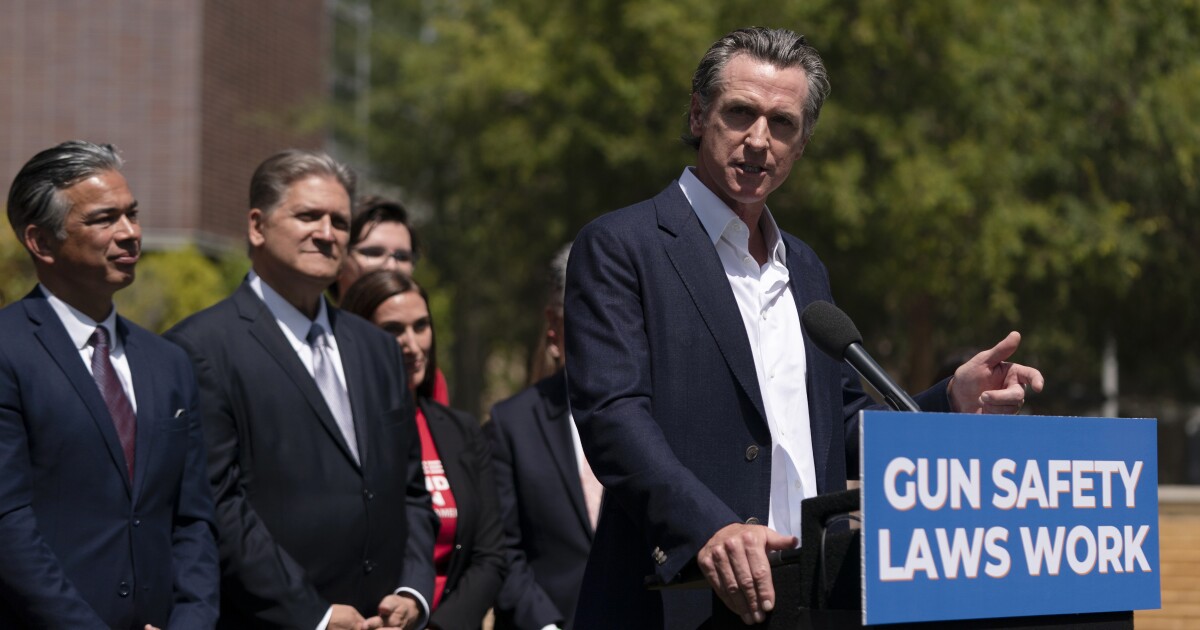 Firearms groups are firing back at California Gov. Gavin Newsom (D-CA) for a new gun control measure he signed into law Friday, patterned after a Texas abortion law.

The law permits citizens to sue distributors of illegal weapons, components that can be used to make “ghost guns” without serial numbers, .50-caliber rifles, and those who sell guns illegally to people under 21 years of age. But now, gun manufacturers and activist groups are hinting at suing California over the measure.

“There’s a full expectation that the firearms industry will have a very strong reaction towards the signing of this bill,” Sam Paredes, the executive director of Gun Owners of California, said, according to the Los Angeles Times. “They are really, really trying to be nothing but vindictive against lawful people in the firearms industry. All of our attorneys are in the process of evaluating what we are going to do on this thing.”

“All of our attorneys are in the process of evaluating what we are going to do on this thing,” he added.

Groups such as Gun Owners of California have argued that the measure infringes upon the right to bear arms established in the Second Amendment. During the signing ceremony, Newsom conceded that the measure would likely be met with court challenges. He pointed to the Texas abortion law the measure is modeled after that the Supreme Court left unscathed.

Part of the gun law, titled SB 1327, maintains that the law would become “inoperative” in the event of the Texas abortion law being invalidated. Last year, Texas enacted a controversial abortion law restricting the procedure after a fetal heartbeat is detected. In a bid to circumvent Supreme Court precedent preventing states from enforcing such a measure (a precedent that was overturned last month), the bill would be enforced by civil lawsuits as private citizens could sue providers of illegal abortions. The Supreme Court ultimately declined to nix it.

The California gun law piggybacks off the Texas law, but it applies that logic to guns instead of abortion. Citizens can collect up to $10,000 and attorney fees from their lawsuits against distributors of illegal firearms.

Newsom lamented how Democrats often find themselves on defense and indicated this measure amounted to offense against the GOP. In recent weeks, he has stepped up attacks against Republicans while seemingly attempting to boost his national portfolio amid 2024 speculation.

Recently, the governor embarked on an ad buy in Florida and Texas, zinging the red states for their policies on abortion and education. His moves come as whispers of consternation about President Joe Biden running in 2024 have seemingly grown louder in recent weeks.