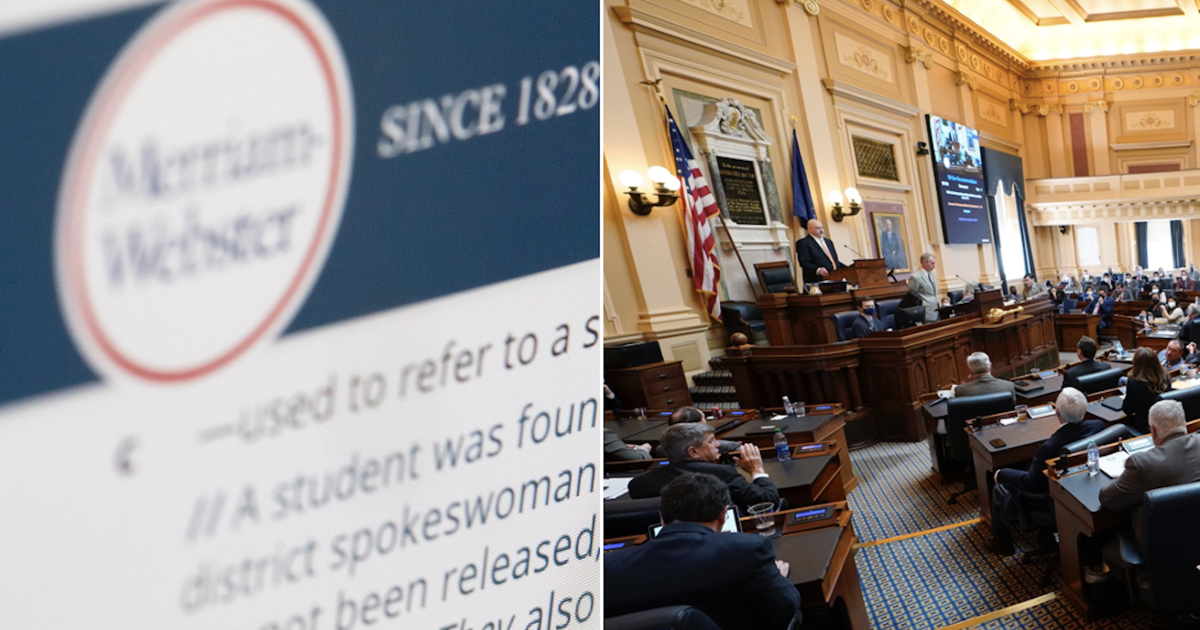 One of Virginia’s Republican state delegates has suggested that “libinition” be added to the dictionary to represent how woke liberals are “applying alternative definitions to words.”

In addition to providing the definition, Del. Tim Anderson, who represents Virginia’s 83rd District, offered examples, including “if you disagree with me, that is a threat” and “creating new felonies for actual criminals is bad, but parents who don’t affirm their child’s gender are definitely felons.”

The Republican’s Facebook post followed several others that slammed liberals attacking him for speaking out against a Virginia bill set to be introduced by Democratic Del. Elizabeth Guzman that would assign felony charges to parents who do not affirm their child’s sexual orientation under an expansion of the definition of child abuse.

Guzman has reportedly since backed down from introducing the bill, according to Just the News. The bill gained national attention, with Sen. Ted Cruz (R-TX) tweeting his disgust.

“Utterly horrifying,” Cruz wrote. “These zealots think they are your children’s parents, and they’ll put you in jail if you disagree.”

In Virginia, Anderson told WRVA that the bill represents the dangers of Democrats, saying “they’re that crazy” to make a huge spectacle of criminalizing parents.

Anderson has since taken heat on social media, with some calling him an “idiot” and a “disgrace to Virginia.”

In response, Anderson said, “To the trolls and haters … bring it on,” and posted photos of the comments to Facebook along with his replies, noting that such comments are his “North Star.”

“As long as what I am doing continues to offend you to your core — I know I am going in the right direction,” Anderson wrote. “Thanks for helping me — daily. Absolutely love you are my Top Fan. We don’t hand those out to just anyone. Only to the people who engage every single day.”

Another post called for Anderson’s arrest, to which the delegate shared a photo of him at a state event, along with a “melting snowflakes” hashtag.

“I am in a room full of police and sheriffs with the Governor, Lt. Governor, Attorney General, and local leaders from across the Commonwealth,” Anderson wrote. “You can let the police know where to find me.”