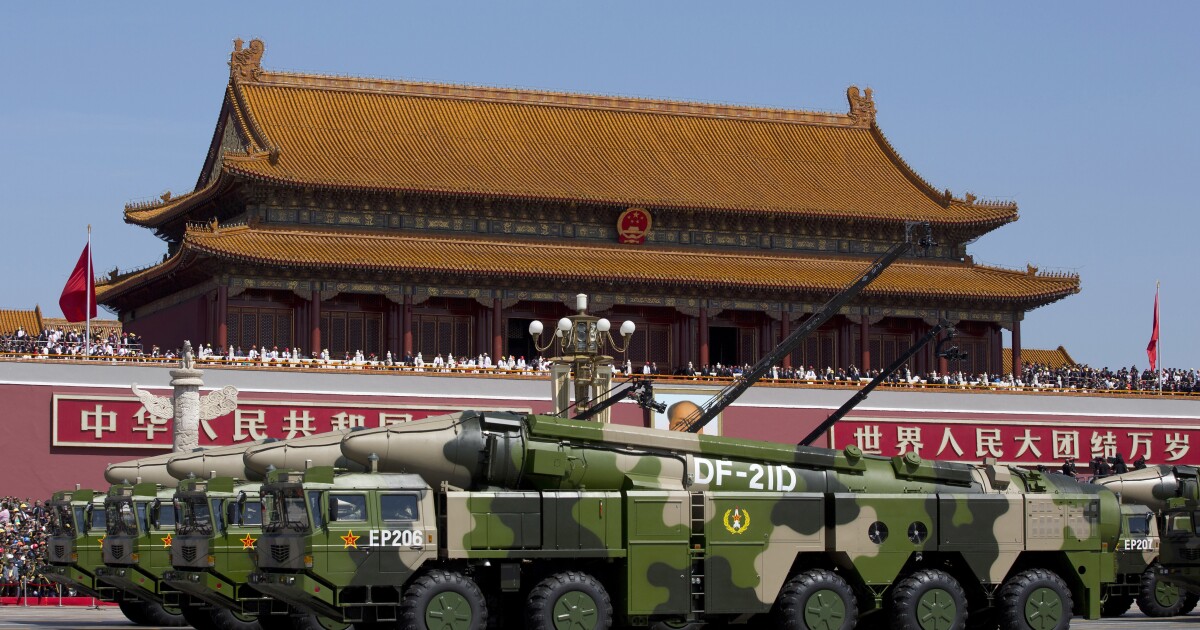 War games conducted by a Washington think tank found that the U.S. military could successfully defend Taiwan against a hypothetical Chinese invasion — but at the cost of massive amounts of personnel and materials.

The Center for Strategic and International Studies has held 18 of 22 planned simulations of a 2026 Chinese invasion of Taiwan, one in which the United States devotes its forces to defending the island, according to Bloomberg. Retired U.S. generals, admirals, and former Pentagon officials commanded China, the red team, and a U.S.-Japanese-Taiwanese alliance, the blue team. The latest of the advanced war games used a 20-sided dice and complex computer calculations, according to the Wall Street Journal. The results of each game so far have shown a Pyrrhic victory for the U.S.-led alliance.

“The results are showing that under most, though not all, scenarios, Taiwan can repel an invasion,” said Mark Cancian, a senior adviser at CSIS. “However, the cost will be very high to the Taiwanese infrastructure and economy and to U.S. forces in the Pacific.”

Though the war gamers haven’t calculated a specific number regarding the total number of casualties and economic costs, the other costs hint that it would be astronomical. In the most recent iteration, which covered a monthlong war, the U.S. lost two multibillion-dollar nuclear aircraft carriers, a large part of the U.S. and Japanese surface fleet, and 900 of the U.S.’s most advanced fighter/attack aircraft — roughly half of the Air Force and Navy’s inventory. These losses would significantly diminish America’s global standing for years to come. China lost 150 ships, sealing its defeat.

Chinese long-range ballistic missiles decimated U.S. bases in Japan and Guam, giving the red team an initial advantage. However, the resilient Taiwanese forces were able to bog down Chinese troops on the island, preventing them from seizing the capital of Taipei. Relentless U.S. submarine, air, and missile attacks cut China’s ability to resupply its invasion force. The Chinese were only able to seize one-third of the island before ceding defeat.

Though David Ochmanek, a senior RAND Corp. researcher, told Bloomberg the results of the war games were consistent with what he has seen before, he noted last year, “Whenever we war-gamed a Taiwan scenario over the years, our blue team routinely got its a** handed to it because, in that scenario, time is a precious commodity, and it plays to China’s strength in terms of proximity and capabilities.” Last year, an Air Force war game simulating a U.S. war with China over Taiwan resulted in a catastrophic U.S. defeat.

Several U.S. commanders were cited by the Wall Street Journal as speculating that 2027, the 100th anniversary of the founding of the People’s Liberation Army, could be a possible date for a Chinese invasion of Taiwan.

China showed its capabilities as the games were unfolding, holding massive live-fire military drills surrounding Taiwan, simulating a future invasion of the island, around the same time House Speaker Nancy Pelosi (D-CA) paid a visit to it.