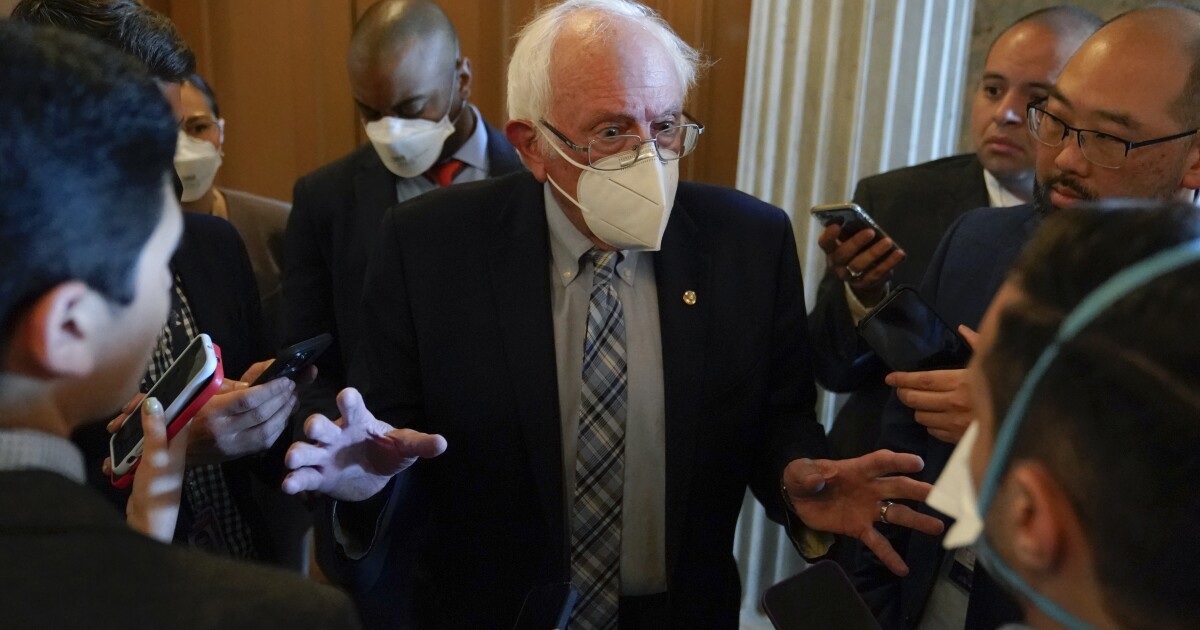 Senate Democrats got a little heated during a vote on an amendment from Sen. Bernie Sanders (I-VT) to bring back expanded child tax credits from the American Rescue Plan.

Sanders proposed adding the $300-a-month child tax credit, which expired in December 2021, to the Inflation Reduction Act during the hourslong vote-a-rama, in which senators can propose as many amendments as they want to the sweeping budget reconciliation bill.

“The American Rescue Plan included a $300-a-month child tax credit, which ended up lowering the child poverty rate in America by over 40%,” Sanders said. “We passed it in March. The secretary of the treasury had it up and running by June, by July, and it made a huge difference in people’s lives.”

Sens. Michael Bennet (D-CO) and Sherrod Brown (D-OH) pushed back on the amendment, arguing it added unnecessary expenditures to the bill, which, through the reconciliation process, will require a simple majority to pass.

“We have to fight to make this enhanced child tax credit permanent, and that’s what I will do with people on both sides of the aisle. But this does not advance that cause, because we could lose the underlying bill, and therefore, we should vote against the amendment,” Bennet said.

At the end of Brown’s remarks, he stressed the vote tally for the IRA was a “fragile arrangement” and that the amendment was not worth the risk. After Brown finished his remarks, he was caught on a hot mic saying, “Come on, Bernie.”

The amendment failed by a vote of 1-97, with Sanders being the only vote for the amendment. The votes on amendments to the Inflation Reduction Act are expected to conclude Sunday afternoon.