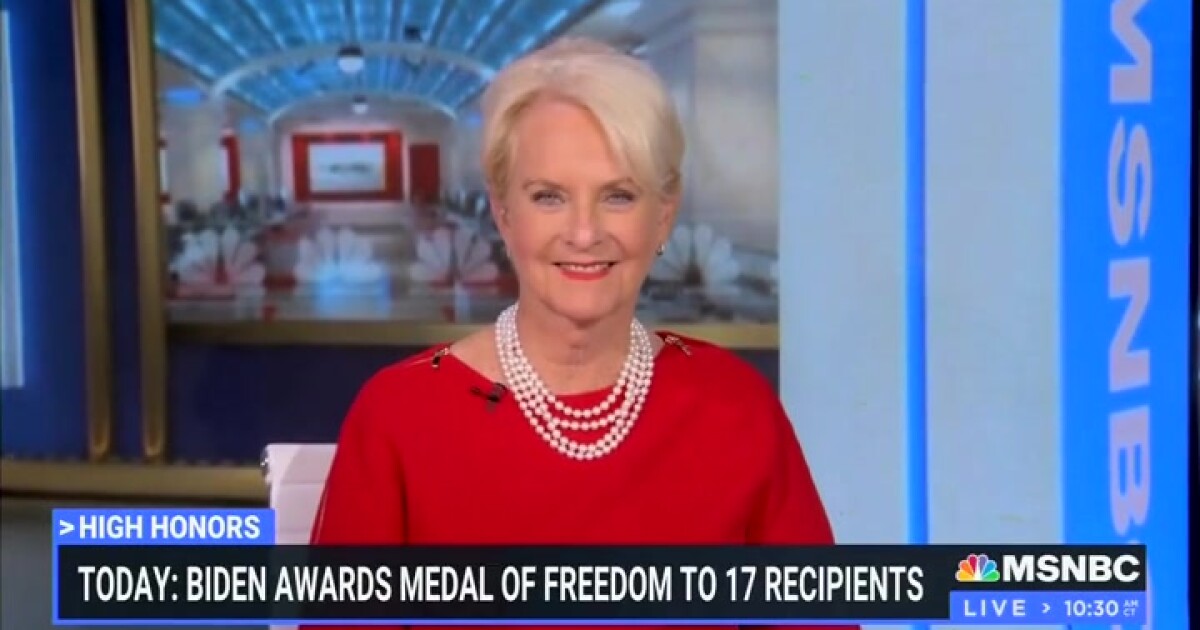 Cindy McCain, who serves as the U.S. ambassador to the U.N. Agencies for Food and Agriculture, told MSNBC Reports host Andrea Mitchell, “I don’t believe my husband would recognize it.”

“I’m still a Republican. I believe in the party, and I believe in what we stand for,” she continued. “But right now, we’ve lost our way. And so I’m hoping as the years go on, perhaps we can right ourselves and do what Republicans do best, and that is work for smaller government but work in a bipartisan fashion.”

Cindy McCain said she speaks with Cheney often. She noted “her ability to look beyond the now and work on what’s good for the country,” even though it may harm her political aspirations, and added that “she can sleep at night and know that she did the right thing.”

“I believe in what President Biden is doing. I’m hoping that he can help right this ship a little bit. We have a long way to go,” Cindy McCain said.