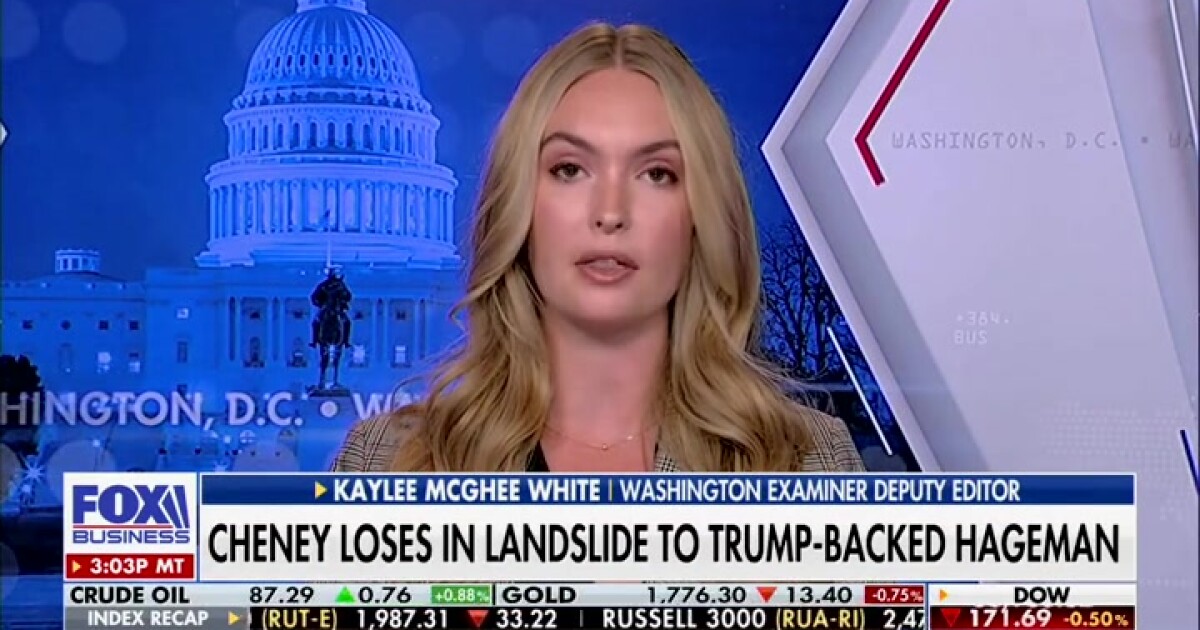 The Washington Examiner’s Kaylee McGhee White explained Wednesday why Wyoming Rep. Liz Cheney (R) lost her primary battle on Tuesday and argued it has nothing to do with former President Donald Trump.

“Liz Cheney didn’t lose because of Donald Trump,” White said on Fox Business of the controversial congresswoman’s loss to Harriet Hageman. “Liz Cheney lost because of Liz Cheney — because she a made this entire race about things that Wyoming Republicans, specifically, just don’t care about.”

“You would be hard-pressed to find a D.C. Democrat who actually behind closed doors said that they care about the January 6th Capitol riot, so why in the world would you think it’s a good idea to base an entire reelection campaign in the state of Wyoming on January 6th?” she added, referencing Cheney’s membership on the highly criticized Jan. 6 committee.

“I mean, when was the last time you heard her mention some of the policy issues that Republican voters are really concerned about? Whether that’s inflation or the border crisis or education,” White continued. “I actually can’t tell you the last time she said her primary opponent’s name out loud. She just talks about Trump constantly, and that’s why she lost.”

By becoming infatuated with both Trump and the Capitol riot, Cheney became her own worst enemy, White reiterated.

“The truth is that Liz Cheney represents a kind of politics that most Republican voters left behind when they elected Trump to the White House in the first place. She’s a part of the system — one of those entrenched family politicians who will always choose the establishment over the voters she’s supposed to represent,” White also wrote Wednesday.

After the forecast loss, Cheney said she plans to form a political action committee called the “Great Task.”

“In coming weeks, Liz will be launching an organization to educate the American people about the ongoing threat to our Republic, and to mobilize a unified effort to oppose any Donald Trump campaign for president,” her spokesman told Politico Playbook.