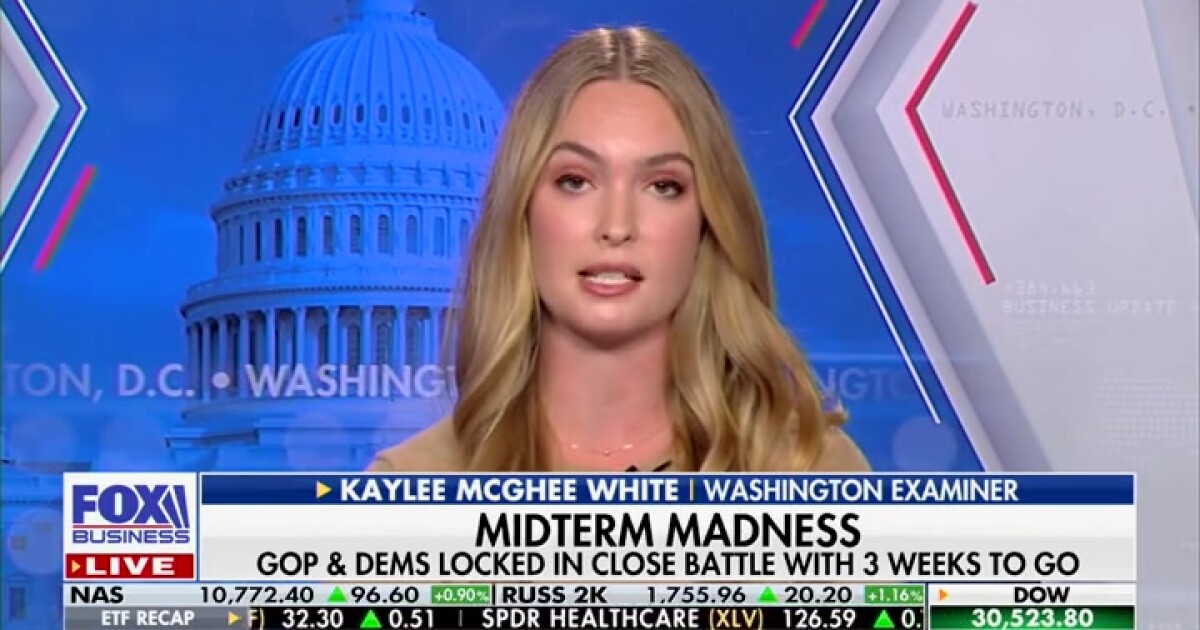 “Now, if half the country, basically, disapproves of the president and his party, that is not a political environment where any Democrat is going to have an easy time surviving,” White told Dagen McDowell on Fox Business Tonight. “I mean, it’s just disastrous for Democrats.”

White was referencing the recent New York Times/Siena College poll that found that 45% of likely voters strongly disapprove of the president.

McDowell then pointed out the massive gains made by Republicans among women, which was reflected in the poll. “That’s about a 34-point swing over the past couple of months,” White explained. “And keep in mind that Biden carried women by about 13 points in 2020.”

White further addressed House Speaker Nancy Pelosi’s refusal to believe that inflation and crime are top issues for voters, claiming that “every single poll out there proves her wrong. So why would she say that?”

“It’s because they don’t want to talk about these things,” she concluded. “They know they’re on the losing side of these issues, and the more that they talk about it, the more they are going to get hurt.”