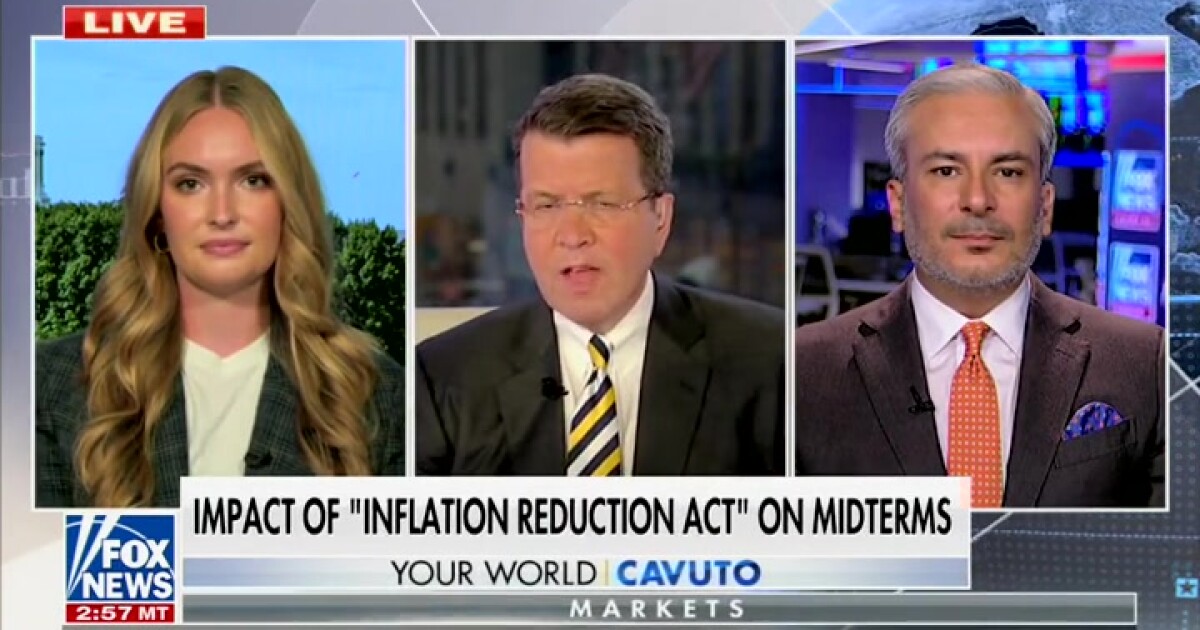 The Washington Examiner’s Kaylee McGhee White said Thursday that Republicans are not all that concerned by any recent supposed victories of the Biden administration, among them the Inflation Reduction Act.

Fox News host Neil Cavuto asked White if she thinks Republicans are concerned about President Joe Biden’s successes in passing and signing the aforementioned climate and healthcare bill and the CHIPS and Science Act recently.

“I don’t think Republicans are that concerned,” White said, “because first, if Democrats were actually good at policymaking, the economy would not be in the situation that it’s in right now, and second, the two things that no one wants are new taxes and an even bigger IRS to collect them from you. Thanks to this bill, the American public is getting both.”

“So, once the American public gets that message, which they’re getting from Republicans right now, the public will sour on this bill,” White predicted.