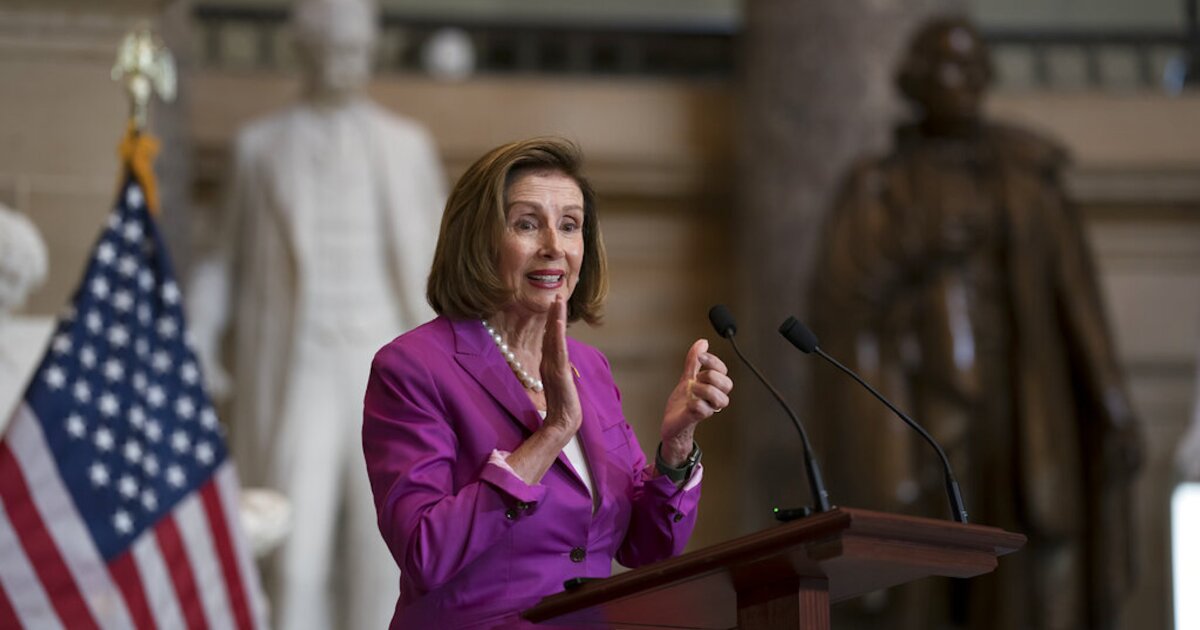 House Speaker Nancy Pelosi (D-CA) is holding a press conference as concerns linger over her recent period transaction report, which revealed that her husband, Paul Pelosi, sold nearly $5 million worth of shares in chipmaker Nvidia ahead of the House’s vote on the CHIPS Act.

In the wake of the controversy, Pelosi is reportedly supporting legislation being prepared by House Democrats to prohibit lawmakers and spouses from trading stocks. However, some Democratic lawmakers are unsure of the bill’s likelihood of passage.

The speaker is additionally expected to defend the Biden administration’s insistence that the United States is not in a recession. It was reported Friday that inflation rose to a 40-year high, according to a metric that is favored by officials within the Federal Reserve. As recently as Thursday, President Joe Biden and press secretary Karine Jean-Pierre reiterated that the White House does not consider the country to be in a recession.

Further, Pelosi has reportedly extended invitations to lawmakers to join her on a trip to Taiwan. “Those who play with fire will perish by it,” China’s Foreign Ministry reported Xi Jinping warned Biden on a recent call. “It is hoped that the U.S. will be clear-eyed about this.”

Pelosi’s husband was also recently slapped with charges for driving under the influence of alcohol causing injury as well as driving with a 0.08% blood alcohol level after being arrested in May.