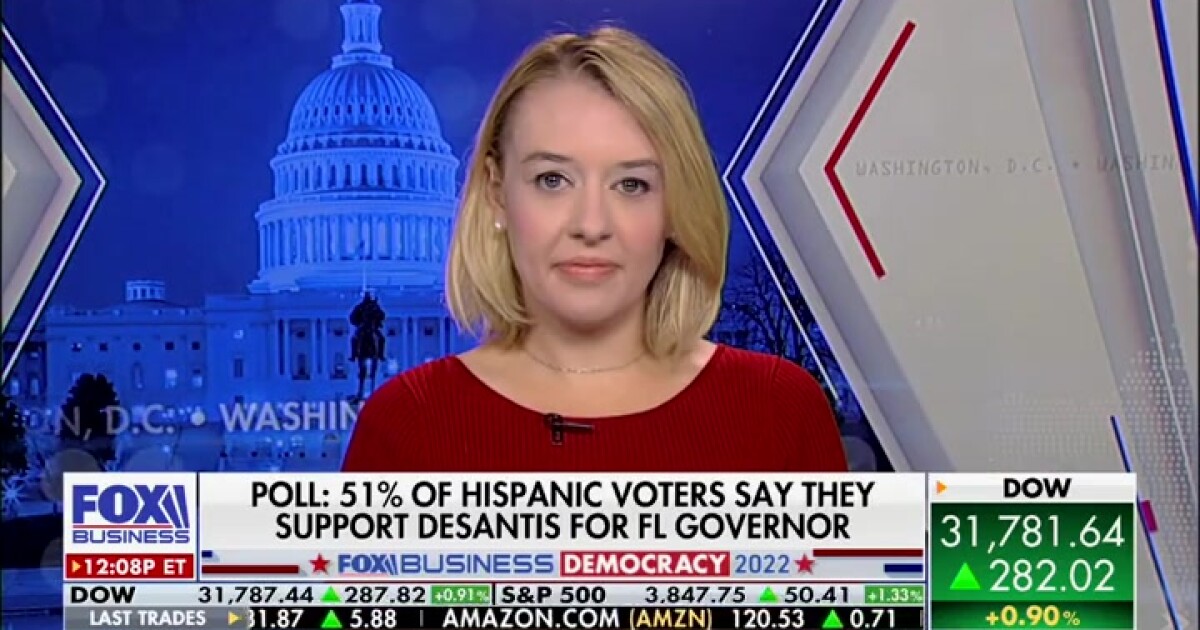 The Washington Examiner’s Sarah Westwood discussed the “consistent undercount of Republican support” in polling data on Fox Business on Tuesday, explaining how that could similarly play out in the midterm elections.

“I think we have seen a consistent undercount of Republican support in polls in 2016, in 2020,” Westwood told host Neil Cavuto. “In 2021, for example, in the New Jersey governor’s race, the RealClearPolitics average of polls the night before Election Day had the governor, Phil Murphy, up 8 points. He ended up winning by less than 3. So that was a significant undercount.”

She further described Democratic candidates losing traction in polls in deeply blue states, while other polls show Republicans with high support in some states in tight races. According to Westwood, “it’s hard to believe those polls when, nationally, you see the landscape is so unfavorable to Democrats.”

On some of the gains Republicans seem to be making among certain demographics, she explained that “Republicans don’t have to cut that far into the Democratic share of support with Hispanic voters to really have a significant boost from that at the ballot box, already because they were performing so low, at least before 2016. Obviously Trump improved on that with Hispanic voters.”

“If you move the needle, especially in these states with heavy Hispanic populations like Arizona, Nevada, and Texas, all three states that have battleground races on the ballot this year, then you might see a significant shift towards Republicans because, again, that needle doesn’t have to move that much with Hispanic voters to put a Republican over the edge,” Westwood said.

Further, Westwood said Democratic candidates made a bad choice betting on abortion: “I think Democrats were hoping that the abortion conversation would sort of substitute for conversations about crime or about inflation.”

“The Democratic candidates are realizing, perhaps too late, that voters aren’t willing to only have a conversation about abortion. … Now you see Democrats pivoting last minute.”