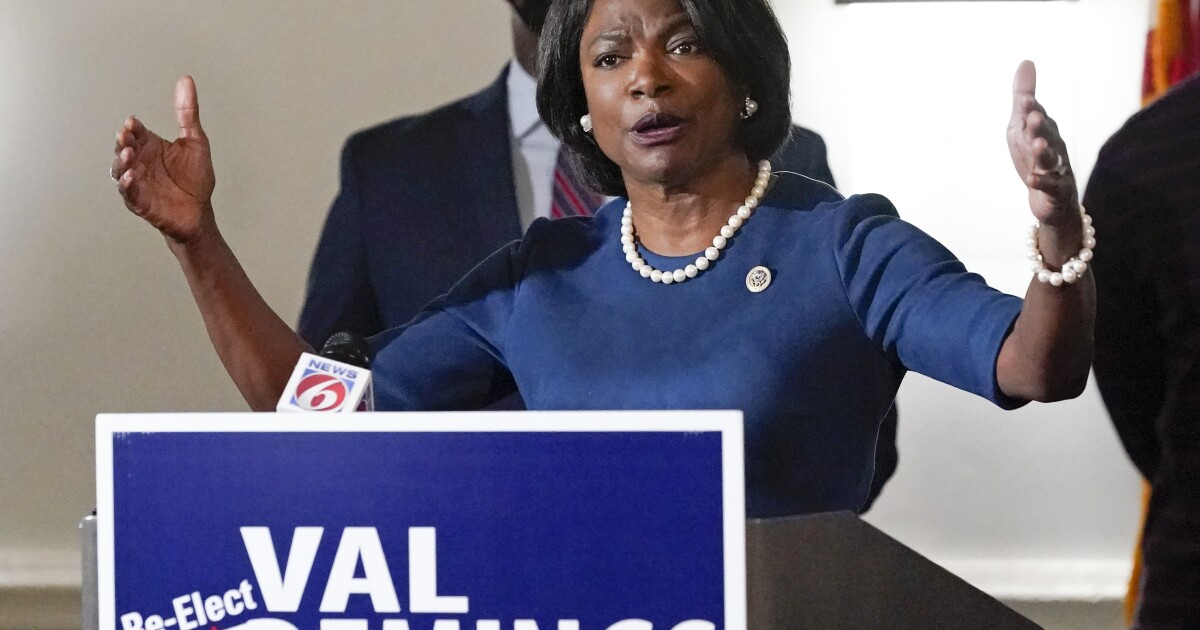 Security officers for Senate hopeful Rep. Val Demings (D-FL) were caught on video pushing a man to the ground during a campaign event on Aug. 6.

Demings had been visiting supporters at Harry T. & Harriette V. Moore Memorial Park during the incident, which is being investigated by Brevard County law enforcement, according to Florida Politics.

“Security officials take potential threats and threatening behavior toward the Chief seriously,” Christian Slater, communications director for the Demings campaign, told the news outlet. “In this instance, the individual did not respond to multiple requests to leave and charged at security personnel in pursuit of Chief Demings’ approaching vehicle.”

The victim appeared to be a video tracker who was likely trying to garner information on the Demings campaign. He was subsequently treated for minor scrapes, per the report.

In the video, multiple security guards are seen approaching the man before he is seemingly tackled to the ground.

“What are you doing?” the man is heard saying before being told to “stay down.”

A second video of the encounter showcased additional dialogue between the man and the security officers. One of the officers told the man that he worked 40 years of work in security, including 23 years in Homeland Security.

“In corrections, I used to bounce people like you off their head in the jail,” the officer told the man who was tackled to the ground.

Here’s the second part of the scuffle in which one of Val Demmings’ security guys tells a video tracker after shoving him to the ground “In corrections, I used to bounce people like you off their head in the jail.” pic.twitter.com/00fcY1Khbp

The man stressed that he was “just doing my job” and said he “had been so good to you guys,” the video showed.

“Take what personal?” the man shot back.

“What’s going to happen to you,” the officer replied.

The Washington Examiner reached out to a representative for Demings for comment.

Demings is vying for the Democratic nod to unseat incumbent Sen. Marco Rubio (R-FL) in the race for Senate in a contest that could determine the balance of power in the evenly split upper chamber.