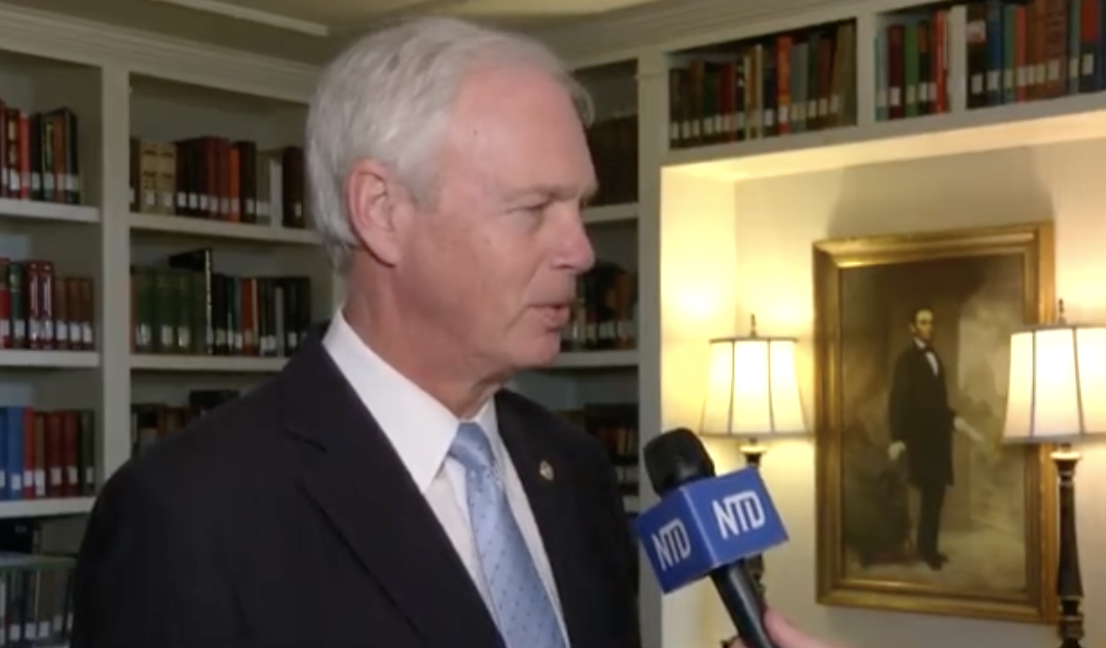 From the early days of the pandemic, Sen. Ron Johnson (R-Wis.) has been trying to hold U.S. public health agencies accountable on many issues, including why the agencies censored early treatment options for COVID-19, pushed vaccine mandates, and demonstrated a lack of integrity and transparency involving the vaccine data and reporting.

After conducting two years of oversight, Johnson said that the U.S. medical system has been compromised by money from Big Pharma.

“We have a corrupt medical system in this country,” Johnson said in a recent interview for NTD’s “Capitol Report” program. “From the pharmaceutical companies down to the federal health agencies through to the research centers and medical journals. It should concern every American.”

Agencies including the Centers for Disease Control and Prevention (CDC), the National Institutes of Health, and the Food and Drug Administration have not freely provided the public with accurate data about the vaccine’s origin, efficacy, and adverse effects, said Johnson, and he and others conducting oversight have had to rely heavily on other countries’ data.

“We’ve had to look to either Israel or Public Health England, Public Health Scotland. Now they’re shutting down their information streams as well,” he said. “One of my biggest concerns is our federal health agencies have not been honest. They’ve not been transparent.”

He called what the CDC is doing “willful ignorance.”

Johnson sent a letter to CDC Director Rochelle Walensky in late July, demanding answers as to why there have been conflicting statements about the CDC’s Vaccine Adverse Event Reporting System (VAERS).

The Epoch Times reported that Dr. John Su, who heads the CDC’s Immunization and Safety Office, claimed that the CDC has been performing Proportional Reporting Ratio analyses on data from VAERS since February 2021. The CDC, however, told the nonprofit Children’s Health Defense that it not only did not conduct the analyses but that the method was outside of the agency’s purview.

“CDC’s assertion and Dr. Su’s statement cannot both be true,” Johnson said in the letter.

“The American people deserve the truth and you have not been providing it. That is why I, together with millions of Americans, have completely lost faith in the CDC and other federal health agencies. It is time to start regaining their confidence and your agency’s integrity by coming clean, being transparent, and telling the truth,” the letter states (pdf).

“It’s all BS,” Johnson said in the interview. “As soon as the safety signals started screaming at them through the VAER system, what do they do? They denigrated the VAER system.”

The CDC did not immediately respond to a request for comment.

“I think, among many disappointments, one of the biggest disappointments in terms of the federal health agencies is they’re just not giving us the information, and I don’t think they really want to,” he said.

From the get-go, the vaccine mandates were “pointless, completely idiotic, and totally destructive,” Johnson said, adding that the agencies’ own data has long confirmed that vaccines do not prevent transmission or reoccurring infection.

Johnson implied that Big Pharma has had a role in pushing the vaccine mandates out of its own self-interest.

“I’ve always been supportive of the pharmaceutical industry,” because the drug companies need billions of dollars to develop new drugs that are important for improving lives, said Johnson. “But now I’ve just witnessed the capture of U.S. regulatory agencies by Big Pharma.”