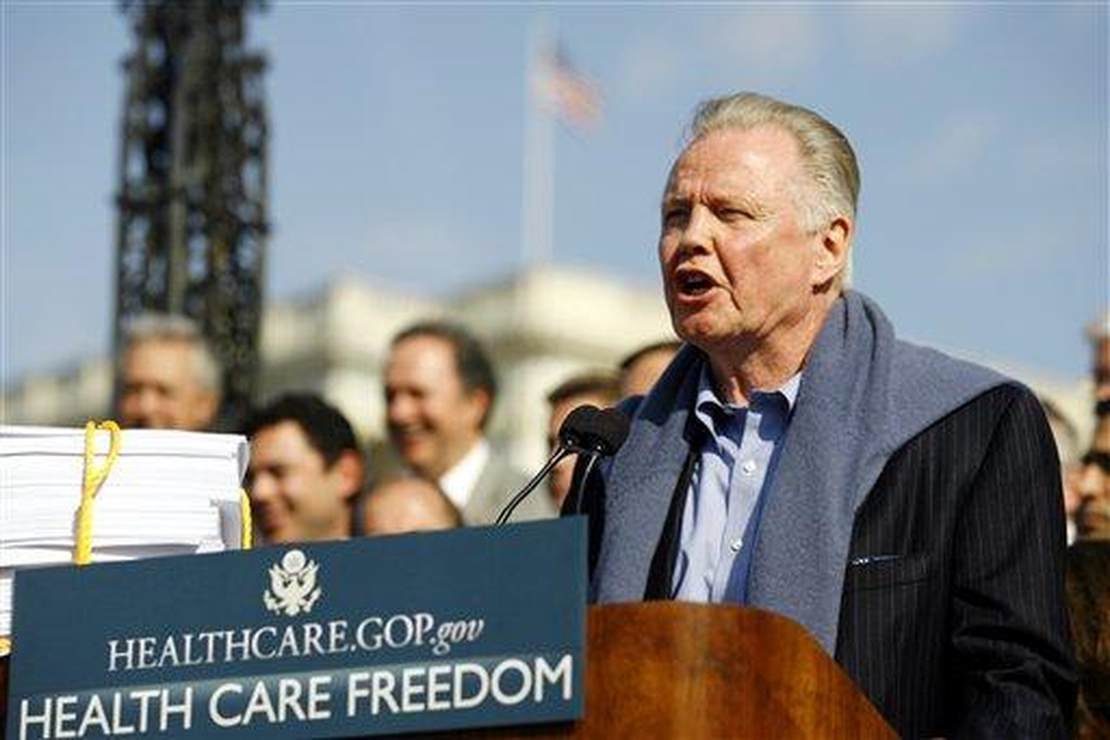 It’s usually the Left decrying unsafe conditions — after all, the modern definition of “danger” is language in defiance of one’s personal truth.

However, a globally-known purveyor of conservative Pride is sending out an S.O.S. in light of the nation’s negligent leader.

In a recent video, Oscar-winner Jon Voight says he feels “very unsafe” with Joe Biden in the White House. He suspects you do, too.

According to Jon, it’s time for Biden to be impeached. ‘Til then, a dark cloud persists:

“We have a troubled nation with much horror from these criminals that are ruining lives. We must stop this now. We must bring back our nation’s safety.”

The strong have stopped protecting the weak:

“Our police force must act on righteousness and guard our neighborhoods, our businesses, our children, our elderly, our veterans, and our handicapped.”

“We must protect this nation and bring back safety,” he insists. “We’re all feeling very unsafe.”

“We’re all angry, and let’s remember why. It starts with the seat of the President of United States. He has wronged this nation’s glory. He has taken down our morals, our true gift of the land of the free.”

Hence, “He must be impeached.”

“We cannot wait another second having him dictate our path,” Jon asserts.

“Let us work together, get him out, and make this country what she stands for — greatness. The land of opportunity. The land of the greatest soil our forefathers fought for. Don’t let this President Biden tear down every inch that was sacrificed with blood, sweat and tears for his dictation of lies. I urge all to see truths. I urge all to make a difference for our children’s future — our future. Because, my fellow Americans, this land is being broken down. But we as a nation of God’s truths, shall build her up once again and bring her to her feet with glory. God bless America.”

Can we all see eye to eye? pic.twitter.com/DQeqYOe9In

We’re certainly being broken down. The candidate who promised to unite the country has pursued far-Left policies while calling his opponents racists.

Meanwhile, Jon’s message calls to lofty ideals; his position centers on the high stakes. But so far as I can tell, the high stakes aren’t much any longer understood. Increasingly, government (like culture) appears myopically disposed by a social scorecard. Priorities have been radically revamped.

A Proclamation on Transgender Day Of Visibility, 2022 https://t.co/DAFlx2yCJH

Of course, social issues deserve a step on our national ladder of legitimacy; but at present, such subjects seem to comprise the top rung.

And if “safety” is the prevention of government overreach, the Biden White House is far from poised for top marks.

As for Joe’s exit from the Oval Office, surely an increasing number of Democrats — in power and amid the voter base — wouldn’t lose a wink of sleep if it were to occur. His approval rating has dropped to 36 percent.

Then again, that would leave the Dems with this:

Is impeachment in the cards? Either way, we’re currently being dealt a man who’s flushed amid a cognitive Code Red.

As for Mr. Voight’s reference to “sacrificed blood, sweat and tears,” we do look to be abandoning America’s foundational values. Last week, a 100-year-old veteran decried the change:

“I am so upset because the things we did, and the things we fought for, and the boys that died for it, it’s all gone down the drain. Our country is going to hell in a handbasket. We haven’t got the country we had when I was raised, not at all. Nobody will have the fun I had. Nobody will have the opportunity I had. It’s just not the same. That’s not what our boys, that’s not what they died for … It’s just not the same. That isn’t what we fought for.”

Back to Biden, he — or those behind him — may indeed have a bigger picture in mind. But that potential picture…is terrifying:

CNN asks WH’s Brian Deese what he’d tell Americans who can’t afford to pay high gas prices for months/years if military analysts project the Russia-Ukraine war to go so long
Notes progress but also: “this is about the future of the liberal world order and we have to stand firm” pic.twitter.com/vlY2I5v2Xs

In the Atmosphere of Identity, the Sky’s the Limit: Swoon to the Sweet Song of ‘Bird Gender’

Find all my RedState work here.

Thank you for reading! Please sound off in the Comments section below.