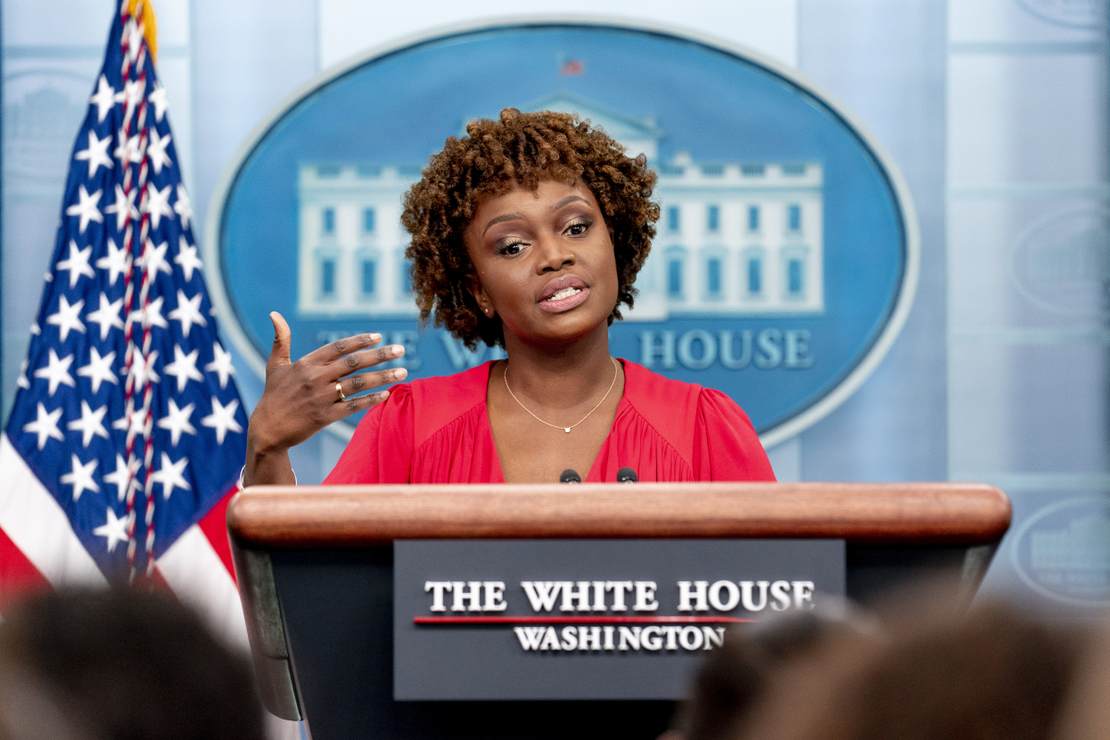 Joe Biden and his team are so fond of telling lies, that it seems like it’s hard for them to distinguish between falsehood and reality.

But even for them and their level of lying, the audacity of White House Press Secretary Karine Jean-Pierre was something else on Thursday, when she was trying to sell how good the economy is.

Fox’s Peter Doocy asked about inflation and a poll that said 88 percent of Americans thought that the country was on the wrong track. As we reported, Jean-Pierre tried to gaslight people, blaming “Putin’s tax hike.” They still haven’t absorbed that always blaming Putin for having more control over the economy than Joe Biden not only is a lie, but it also makes Joe Biden look even weaker if he’s so controlled by Putin.

But she went even beyond that with what she was trying to get people to believe. She claimed it wasn’t that what they were doing was unpopular, despite what all the polls have shown. Then she went over the edge, saying we were “stronger economically than we have been in history.”

“Because … when you look at inflation, when we look at where we are economically, and we are in a strong, we are stronger economically than we have been in history, when you look at the unemployment numbers at 3.6 percent, when you look at the jobs numbers, more than 8.7 million of new jobs created,” she continued. “That is important, but we understand that gas prices are high and we understand that food costs are high, and that is because of a once-in-a-generation pandemic and also Putin’s war, and that’s just the facts!” Jean-Pierre said finally.

The problem with this kind of lie is not only is it so demonstrably untrue, with inflation at a 40-year high wiping out any wage gains and gas prices crushing people, but it’s also the kind of lie that antagonizes the American people because it so flies in the face of reality. There are a lot of things the government can lie about, but when you can’t make ends meet and they’re telling you how wonderful everything is, you’re going to hate them all the more–not just for their bad policies, but for thinking you’re stupid into the bargain. ‘Strongest in history” is an insane take. It’s historic, alright, but in the opposite direction.

Pollsters: how do you feel about America under Joe Biden? Americans: literally a global plague was better than this.

When people think that a global plague is better than you are, then no, you’re not doing a good job. And if the American people weren’t mad enough at the Biden Administration already, this is going to make it even worse.

But she topped it off — and was unintentionally funny — when she then said they had a “plan,” but Republicans didn’t. Biden always says he has a “plan,” yet never does as he careens, reacting from one disaster to the next. Townhall has a great “West Wing” take on it all, juxtaposed with what Jean-Pierre says.

Joe Biden has a secret plan to fight inflation. pic.twitter.com/Ve20MB7v57

But that’s where we’re at with Biden; life is now imitating art.