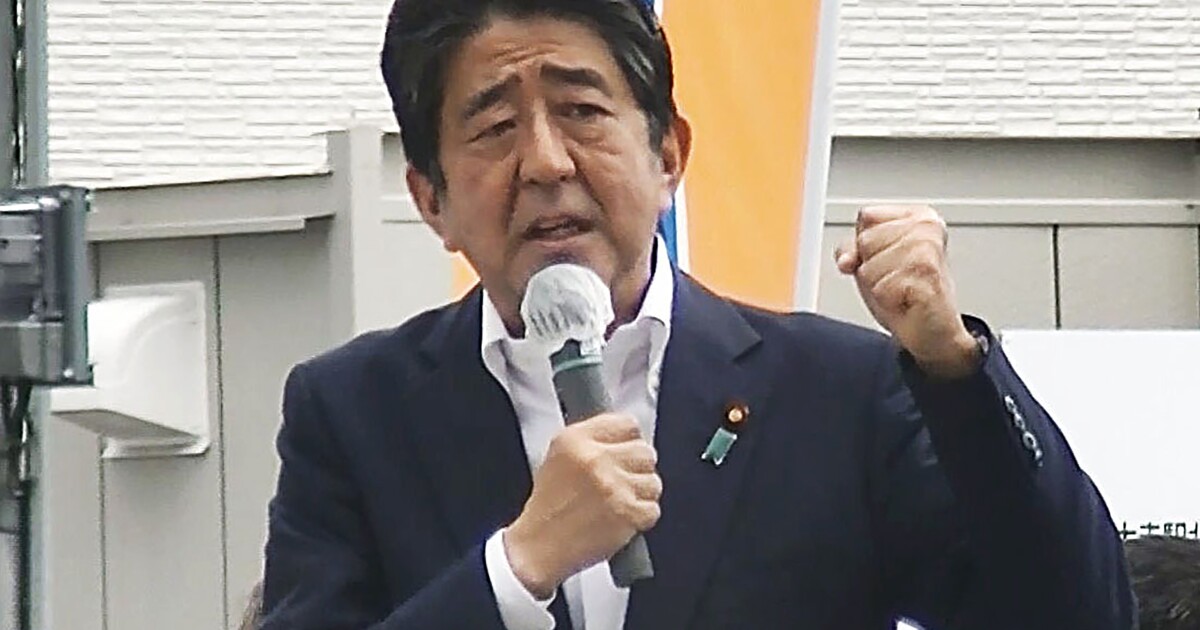 Former Japanese Prime Minister Shinzo Abe, 67, was at a campaign rally when bullets suddenly struck his chest and near his neck, ultimately killing him.

Tetsuya Yamagami, 41, who was subsequently arrested and confessed to the shooting, had brandished what appears to have been a homemade gun during the assassination, police said, NHK reported. Yamagami reportedly told police he was frustrated with Abe and had planned to kill him.

“The suspect stated that he held a grudge against a particular organization, and that he committed the crime because he believed former Prime Minister Abe had a connection to it,” a police officer said, per the Hindustan Times.

The specific organization to which Yamagami believes Abe had ties is not clear. He also reportedly told authorities he was pursuing a religious leader who was not at the event. The suspect had worked in Japan’s Maritime Self-Defense Force between 2002 and 2005, per NHK.

A video indicates Yamagami had positioned himself behind Abe shortly before the former prime minister began his speech. About a minute after Abe began talking, the suspect appeared to walk around and then take something out of his bag. He then shot him about 2 minutes and 20 seconds into the speech, according to NHK. Abe’s security team then quickly subdued him.

“Former Prime Minister Abe was giving a speech normally, but a man came from behind. The first shot heard only a very loud sound and the person did not fall down. However, the moment the second shot was shot, former Prime Minister Abe collapsed,” a witness recalled to NHK. “[He] didn’t seem to run away, he stayed there, and the gun was there.”

Yamagami is facing an attempted murder charge, but authorities are expected to up the charge to murder, NHK reported.

He had claimed to use a homemade gun in the attack, and authorities have determined the gun “is clearly handmade in appearance,” according to police. Authorities searched the suspect’s home and found several handmade gun-like firearms. Police believe he traveled to the campaign event via train, the Guardian reported.

Officials are also examining the performance of Abe’s security team to assess any shortcomings.

A helicopter rushed Abe to a hospital after the shooting, and he was pronounced dead at 5:03 p.m. local time. Tributes from world leaders poured in after news of his death spread. Abe was serving as a member of the House of Representatives — the lower chamber of Japan’s parliament. His party, the Liberal Democratic Party, had been campaigning aggressively for the elections on Sunday.

Gun deaths are rare in Japan, with about a dozen or so occurring each year in the country, which has a population of about 125 million people. The country also has some of the strictest gun control laws in the world. Prior to the death of Abe, the last assassination of a Japanese prime minister took place 90 years ago. In 1932, Japanese Prime Minister Inukai Tsuyoshi was fatally shot by junior navy officers in a coup attempt.