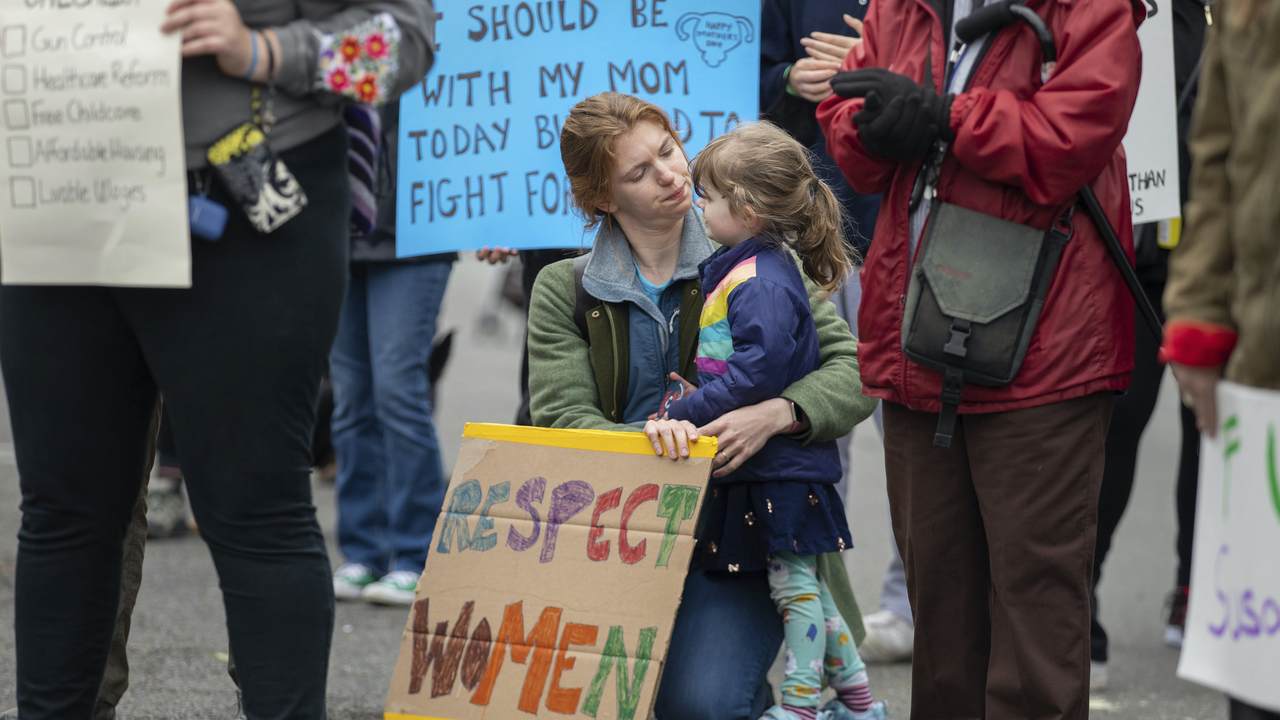 In the aftermath of the United States Supreme Court’s decision in Dobbs v. Jackson Women’s Health Organization, abortion activists and the powerful abortion lobby have turned their attention to the anti-abortion pregnancy centers that have saved so many lives in the nearly 50 years since Roe v. Wade was originally decided.

A radical pro-abortion group that calls itself Jane’s Revenge has perpetrated dozens of attacks on centers that provide resources for pregnant women in need. Clinics in Massachusetts, California, Washington, Oregon, Minnesota, Iowa, Michigan, Ohio, Tennessee, Texas, Louisiana, Alabama, Florida, North Carolina, Virginia, Washington, D.C., Maryland, Pennsylvania, New Hampshire, Vermont, Maine and Alaska have been vandalized in the past few months, including broken windows, smashed doors and graffiti. Clinics in Colorado, Wisconsin, Oregon, and New York have been firebombed. The attackers frequently leave messages spray-painted or written in fake blood saying things like, “If abortion isn’t safe neither are you,” “Abort the (United States Supreme) Court” and “God loves abortion,” along with anarchist symbols.

Jane’s Revenge has published statements taking responsibility for the attacks. After the firebombing attacks in Wisconsin, the group published a statement demanding that “all anti-choice establishments” and “fake clinics” disband within 30 days and promising to ramp up their violence. When 30 days elapsed, they published another statement declaring “open season” on all anti-abortion organizations: “We have demonstrated in the past month how easy and fun it is to attack … We promised to take increasingly drastic measures against oppressive infrastructures. Rest assured that we will, and those measures may not come in the form of something so easily cleaned up as fire and graffiti.”

Although Facebook has labeled Jane’s Revenge a terrorist organization, per parent company Meta’s official policy, the FBI — which entertained invitations to consider parents at school board meetings a national threat — has yet to make any such official designation.

It isn’t just fringe anarchist groups; leftist politicians are also on the warpath, with Sen. Elizabeth Warren (D-Mass.) taking the lead. In an interview two weeks ago, Warren accused anti-abortion pregnancy centers of “torture” and said, “In Massachusetts right now, those crisis pregnancy centers that are there to fool people who are looking for pregnancy termination help outnumber true abortion clinics by three to one. We need to shut them down here in Massachusetts, and we need to shut them down all around the country.”

These are only the latest efforts by Democrats to crush those who offer pregnant women choices other than abortion. In 2015, the state of California passed the Reproductive FACT Act, a state law that required anti-abortion crisis pregnancy centers to advertise for abortion services provided at other locations, and imposed stiff fines for failing to do so. Vice President Kamala Harris was the attorney general of California at the time, and issued a statement saying that she was “proud to have co-sponsored the Reproductive FACT Act, which ensures that all women have … the facts they need to make informed decisions about their health and their lives.”

The National Institute of Family and Life Advocates sued the state of California, arguing that the Reproductive FACT Act violated their constitutionally protected freedom of speech. Current Secretary of Health and Human Services Xavier Becerra (who became California’s AG when Harris was elected to the U.S. Senate in 2016) defended the law as the litigation made its way through the courts.

In 2018, the United States Supreme Court struck down the Act as unconstitutional.

The editors of National Review remarked at the time, “(T)he state intentionally targeted anti-abortion health centers … No other health centers were subject to the law’s requirements — which, we rather suspect, was the point … (T)he state had a clear bias against anti-abortion groups and in favor of the abortion industry (the bill was drafted with the assistance of Planned Parenthood executives).”

What was Planned Parenthood’s motivation then? The same as it is now: money.

An NPR article published the day of the NIFLA v. Becerra decision pointed out that there were 2,700 crisis pregnancy centers in the U.S. — “more than three times the number” of abortion clinics (the same ratio Warren mentioned in her recent quote).

More importantly, crisis pregnancy centers have an extraordinary success rate. The majority of women who visit anti-abortion pregnancy centers decide to have their babies. (Here in South Bend, Indiana, the anti-abortion Women’s Care Center reports that more than 90% of the women they see carry their pregnancies to term.) This threatens the business model of abortion clinics across the country like Planned Parenthood, which performs about 40% of all abortions in the United States. Planned Parenthood likes to claim that abortions are only 4% of their services, but abortion — not pregnancy testing, contraception or STI screening — is the source of most of the Planned Parenthood clinics’ income. Almost 97% of the pregnant women who visit a Planned Parenthood clinic will abort.

Notwithstanding the hysterical accusations of Warren and others, anti-abortion pregnancy centers are not forcing women to have their babies. But many pregnant women consider abortion because they fear that it is their only option. When presented with assistance, they feel empowered to make a different choice.

One would think that the “pro-choice” movement would embrace — or at least tolerate — the ability of women to make the choice to have their children. That they have declared war on the people and organizations supporting women who make that choice tells you plenty.