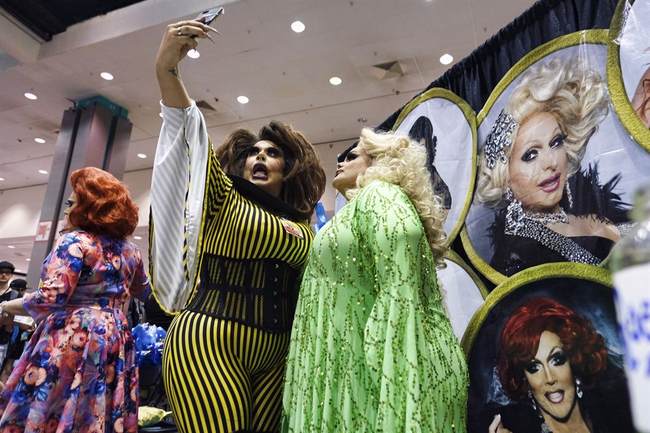 The history of minstrel shows in America is a somewhat complicated one. People might be surprised to learn that the modern-day art form known as the American musical theater has its roots in 19th-century call-and-response minstrel productions.

I don’t think it’s possible to argue this point.

This is why I am continuously dumbfounded by the lack of critical analysis of the now-ubiquitous performance art known as drag shows.

The widespread promotion of drag queen story hours for children and so-called “family-friendly” drag queen performances have gotten a lot of attention lately. And most of the debate surrounding these debacles merely focuses on whether these overtly sexualized costumes and dance routines should be presented to young children.

Clearly, they should not. Drag shows are usually overtly sexual in nature or are replete with double entendres of the most adult nature.

Furthermore, drag show performers are often costumed in a hypersexualized manner, and even their names tend to lean in the highly sexually suggestive direction.

Even if a drag queen tones down his overtly sexual act and “behaves” when reading nursery rhymes to kindergartners, the entire enterprise is designed to normalize behavior that, up until now, has been confined to the gay subculture.

Despite way-more-devoutly-Christian-than-any-of-us David French’s insistence that drag queen story hour is a blessing of liberty, it is just as much a blessing of liberty for American parents to stand up and object to their children being used as tools to mainstream sexually oriented art that probably shouldn’t be anywhere near the mainstream, let alone children.

But what shocks me about the reaction to drag shows being pushed into middle America’s town square is that women don’t object to being lampooned, mocked and stereotyped by these men.

In the same way that a blackfaced minstrel performer would lampoon and demean African Americans by over-exaggerating stereotypical speech patterns and behaviors, men who dress in over-the-top drag outfits are demeaning and mocking women.

How is this acceptable?

It shouldn’t be. In fact, I’d argue that drag shows are more offensive than minstrel shows in that with minstrel shows because the “performers” never tried to convince the audience or society that they were actually black men. Everyone knew they were white men dressed up like black men.

This used to be the case with drag queens. We all knew they were gay men dressed outlandishly to pretend they were grotesque caricatures of a woman. Now, many of these performers are trans-identified, so they want the rest of society not only to accept their offensive acts but accept them as women when they are clearly not.

I ask again: How is this acceptable?

I’ll answer my rhetorical question: It’s acceptable because of left-wing politics and ideology.

You see, on the hierarchical ladder of intersectionality, some victims are more important than others. With blackface minstrel shows, the victims being mocked and lampooned are African Americans, and their offense should be taken seriously and met with righteous outrage, especially since the perpetrators are successful white men… entertainers like Jimmy Kimmel.

With drag shows, the victims are straight women… usually white women, because the perpetrators are usually gay white men. Straight, white women, though sometimes afforded certain levels of victim status, garner nowhere near the level of intersectional protection as gay men or trans women, the perpetrators in the drag queen minstrel shows.

So, women can go pound sand. Nobody cares.

Hey… don’t complain… this is progressive.