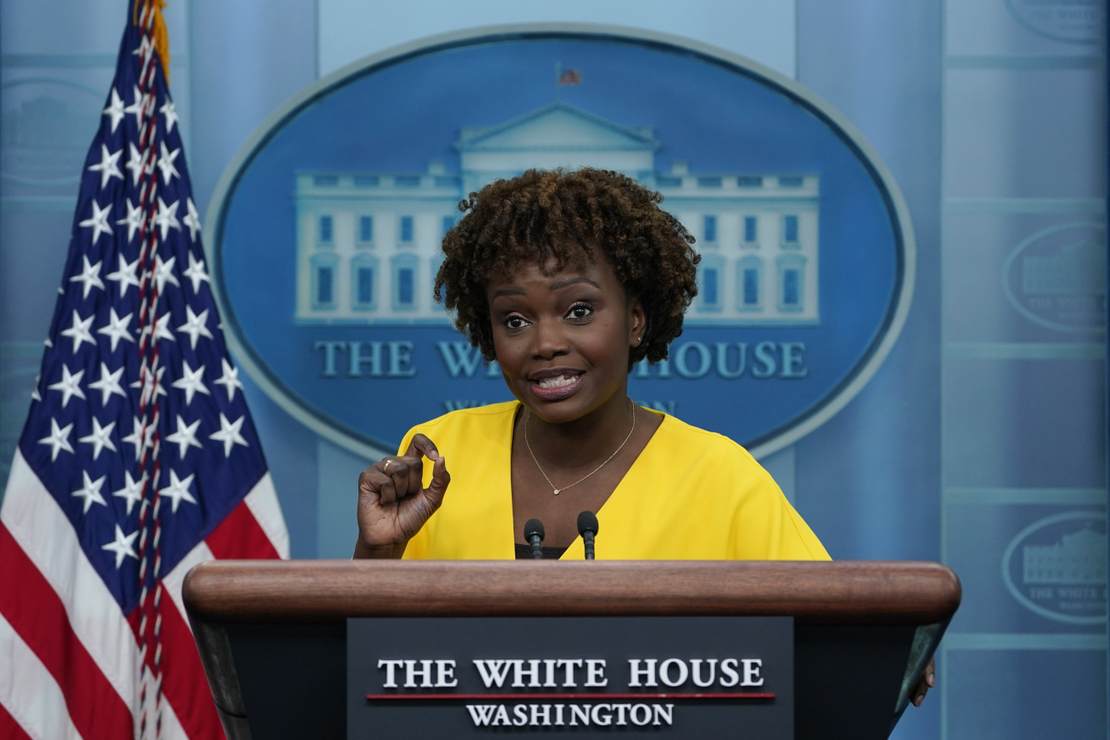 “Why do you think it is that 88% of people in this country, polled by Monmouth, think the country is on the wrong track?” Doocy asked in reference to a recent Monmouth University poll.

“I’ll say this: The President understands what the American people are going through. He understands that gas prices are high because of Putin’s Tax Hike, because of the war that Putin- that brutal war that Putin has taken on in Ukraine and their brave fight, to fight for their democracy,” Jean-Pierre replied.

“That’s what we’re seeing here. And also the food insecurity– the food costs has skyrocketed, and that’s why the president has done everything that he can to blunt those high prices,” she continued.

Reporter: “Why do you think it is that 88% of people in this country polled by Monmouth think the country’s on the wrong track?”

Karine Jean Pierre: “The President understands what the people are going through. He understands that gas prices are high bc of Putin’s tax hike.” pic.twitter.com/1VFJ7H7FYN

While few are defending Putin’s decision to go to war in Ukraine, and it has had economic consequences, this is hardly the full story.

Russia does play a significant role in the global economy, but Jean-Pierre fails to mention the political failures at home that have led to Americans thinking the nation is on the wrong track. Government spending went off the rails with the American Rescue Plan and the infrastructure bill, which the Wall Street Journal elaborated on back in February. Americans were lied to about the benefits of stimulus checks because they were tricked into thinking short-term, and now, they are essentially paying those back with higher prices everywhere.

On the energy front, the Biden administration has little interest in increasing the domestic oil and gas supply by drilling, which makes the United States depend on the Saudi-ran Organization of the Petroleum Exporting Countries and other nations for energy needs. They argue that expanding it would be bad for the environment and push for renewable energy sources. Of course, it has yet to dawn on the White House that the U.S. can work toward renewable energy while simultaneously empowering the oil and gas sector.

Economics aside, people feel discouraged when their country is politically divided and their Commander-in-Chief does not spark hope. Jean-Pierre is simply doing her job and cannot admit to these pitfalls earnestly, but the White House might need to “Putin” the effort and get a new messaging playbook.