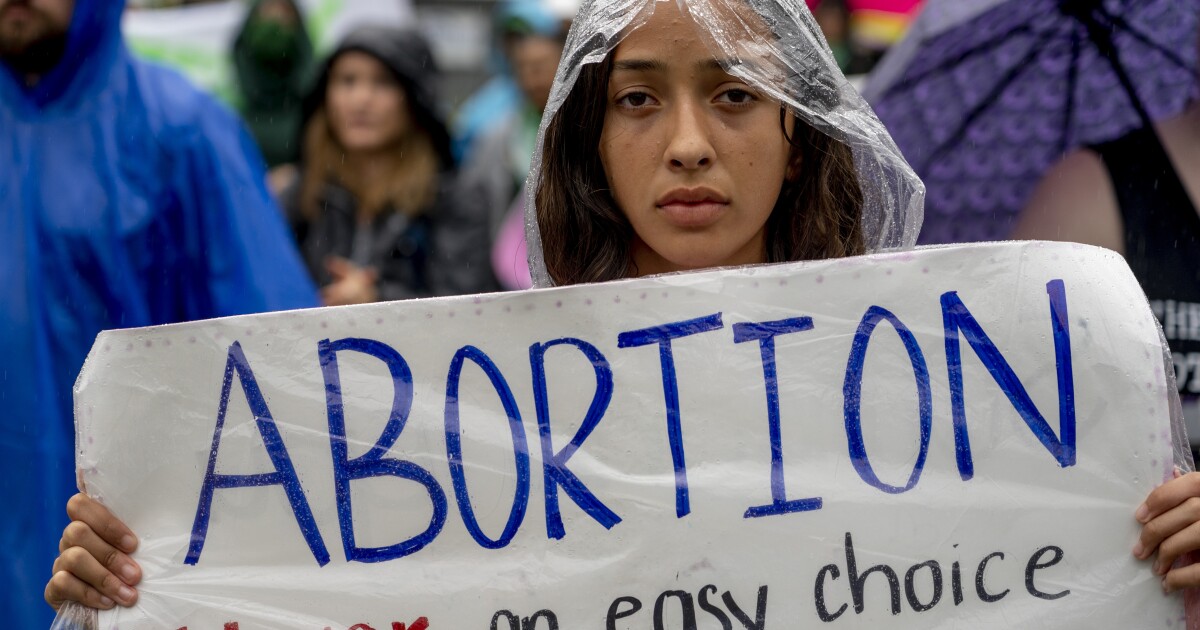 The White House denounced Idaho’s abortion law on Tuesday, saying it is “devastating, it’s extreme, and it threatens lives, period.”

The Department of Justice has sued the state over the law, which bans abortion after six weeks of pregnancy, arguing that the federal Emergency Medical Treatment and Labor Act preempts the state law. The federal law requires physicians to perform medically stabilizing abortions in an emergency.

White House press secretary Karine Jean-Pierre was asked about the lawsuit during the afternoon press briefing and spoke strongly against the Idaho law.

“It imposes a near-total ban on abortion and criminalizes doctors who provide abortions,” she said. “Idaho’s law and its treatment of women is devastating, it’s extreme, and it threatens lives, period. Federal law makes clear that doctors must provide women emergency medical care, including abortions services, to stabilize women facing health- and life-threatening conditions.”

The legal filing marks the first time President Joe Biden‘s Justice Department has launched a challenge against a state for abortion restrictions since the landmark June 24 Dobbs v. Jackson Women’s Health Organization decision overturned a half-century of abortion access precedent, which the president decried as a “realization of an extreme ideology and a tragic error by the Supreme Court.”

The press secretary claimed that under the law, women seeking emergency care for medical conditions like ectopic pregnancies or hemorrhages can be denied medically necessary healthcare by doctors. However, claims about how state laws affect ectopic pregnancies are disputed.

The Idaho Supreme Court is slated to hear arguments Wednesday on challenges over its near-total abortion ban, according to the Idaho Press.

“President Biden has said many times that the only way to fully secure a woman’s right to choose is for Congress to take action to restore protections that Roe has given women for almost 50 years before the extreme decision was made at the Supreme Court just over a month ago,” she said. “Until then, the president is doing everything in his power to defend reproductive rights and protect the access to safe ad legal abortion, and then, we’re gonna continue to do that.”