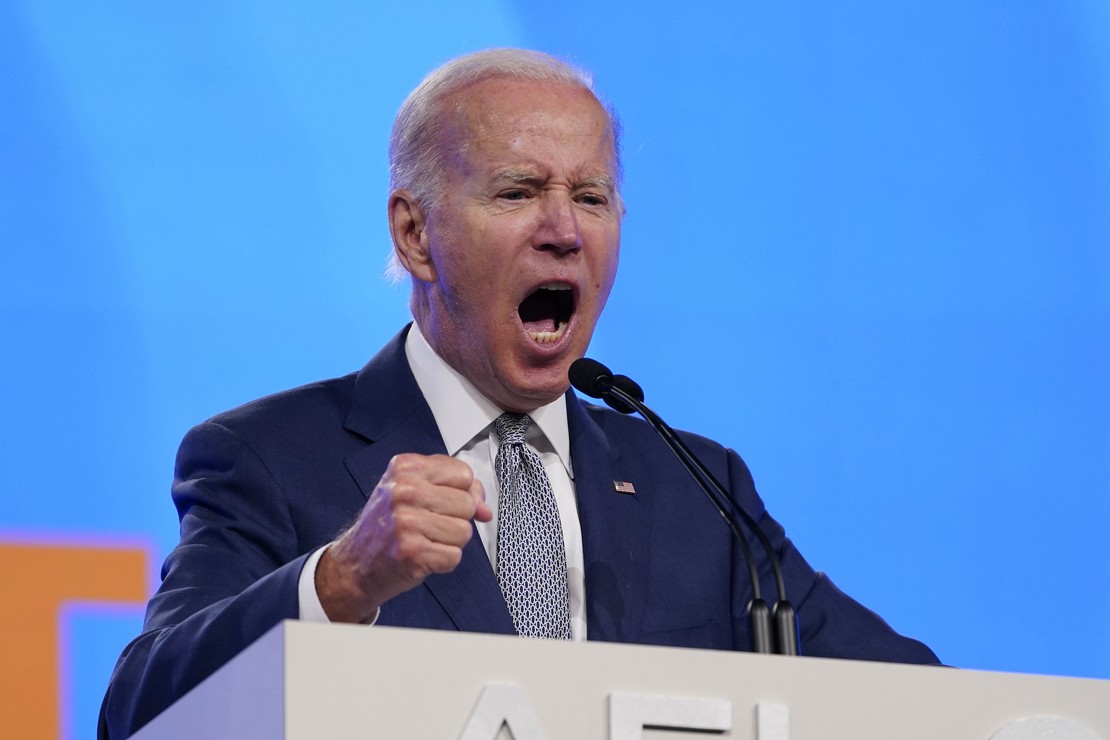 On Wednesday, I reported how Democratic lawmakers and political operatives are whistleblowing on how bad it is dealing with the White House and how they feel that things are “rudderless, aimless and hopeless,” that Joe Biden is missing in action when it comes to what needs to be done.

On top of that, Biden has yet another significant person fleeing for the exits — an aide who has been with him for a while, Kate Bedingfield, the White House communications director. As we noted, they issued this unintentionally humorous statement to the Wall Street Journal, “Ms. Bedingfield is expected to depart the White House in late July and ‘help support the president and administration from the outside,’ a White House official said.” From far outside the White House where the fallout can’t hit her.

The Biden team seems to think that the problem is messaging, that all they have to do is shake up the messaging and things will get better. They don’t get that the real problem is the bad policies and the incompetent leader at the top of the pile. It has to be one of the most incompetent teams ever in the White House, which is why the numbers are so awful in the polls.

But that said, yes, messaging is a big problem too, along with everything else, and because it is so bad, they’re losing even the liberal media.

Multiple outlets are now complaining about how the story about Kate Bedingfield leaving was handled by the White House.

Politico reporter Alex Thompson revealed how the White House had given him the run around when he contacted them, telling them he was going to break the story. Instead, they put him off, asking if they could have some time. He gave them the time they asked for and they gave the story to the WSJ, with a statement from White House Chief of Staff Ron Klain.

I called the White House at 2:53pm to ask for comment and told them we were running it.
They asked for more time to check with folks.
I gave it to them.
WSJ pubbed at 3:11pm with a statement from Klain.

He then dropped them with a snarky comment, “Good luck to the White House staffer who gets a 2 minute long deadline next time.”

good luck to the White House staffer who gets a 2 minute long deadline next time. https://t.co/sgI8ZT4fA1

The Biden can’t even deal honestly with reporters and they’re supposed to be running the country? And if they’re double-dealing with you guys, why would you ever trust anything else they say? No wonder the comms director is heading out the door. One has to wonder if Thompson got the shaft in part because Politico hasn’t been shy of late in breaking criticism of the Administration.

But other reporters echoed the complaints from Thompson, indicating that this wasn’t just a one-time thing, but that this was a continuing issue dealing with the Biden team.

Alex Ward, Politico national security reporter, confirmed, “The White House does this All. The. Time.”

Fellow Politico White House reporter Max Tani tweeted, “if you’re a comms person, it’s not your job to run interference for news outlets that you prefer or that you’ve given the exclusive to…”

The problem is not just messaging but the Biden team shows that they make things even worse, when they can’t even get that right. They may replace Bedingfield. But the problem isn’t just her, the problem flows from the top. The reason they’re not dealing honestly with people — reporters or the American people — is that what they’re trying to sell — a competent Joe Biden — just isn’t there.

Sounds like the house of cards is beginning to fall.