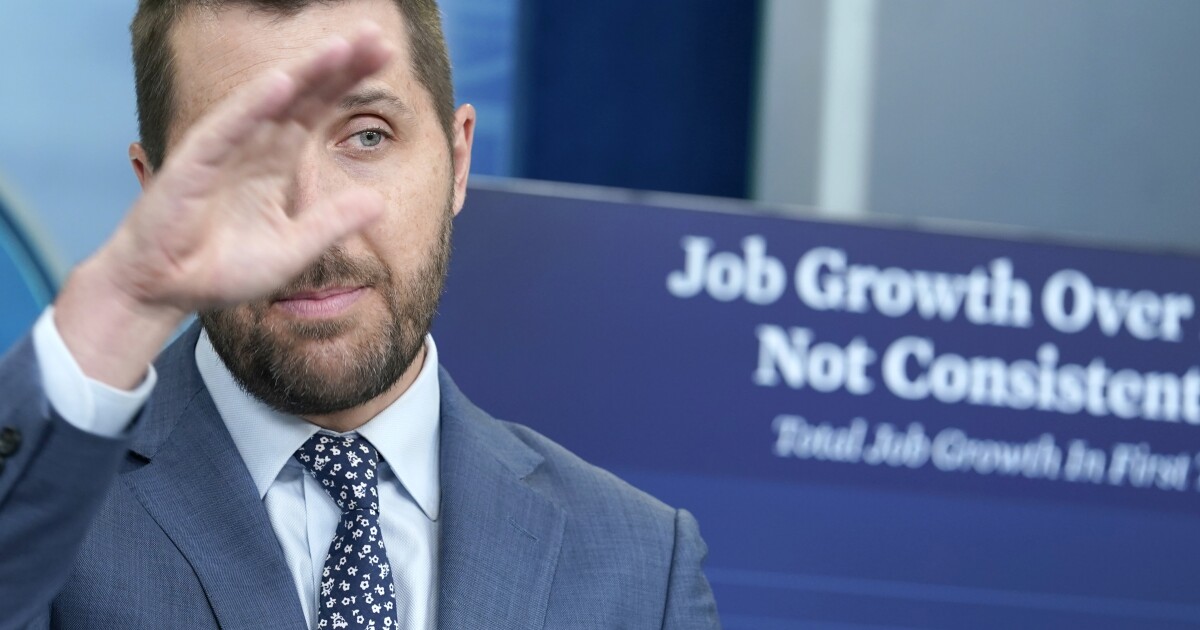 Brian Deese, the director of President Joe Biden’s National Economic Council, faced a bevy of questions at Tuesday’s White House press briefing about the administration’s messaging on inflation and a recession.

Deese opened the briefing by repeating lines he, Treasury Secretary Janet Yellen, Biden, and other top administration officials have previously delivered: that though Thursday’s forthcoming GDP report may show the economy shrank for a second consecutive quarter, the country is still not headed for a recession.

“Two negative quarters of GDP growth is not the technical definition of recession. It’s not the definition that economists have traditionally relied on,” he said. “There is an organization called the National Bureau of Economic Research, and what they do is they look at a broad range of data and decide whether or not a recession has occurred. That is the process that economists and administrations have used for years and decades to identify when a recession has occurred.”

Still, reporters asked Deese to put “technical” definitions aside and address concerns from the public about their personal finances, specifically how wage growth is being rapidly outpaced by price increases.

Deese responded by saying he understands those feelings and pledged that the administration is “putting in place the right policies and the right strategies that will help those working Americans, middle-class families, achieve some measure of economic security and economic dignity and be able to have upward economic mobility as well.”

Deese also insinuated that despite understanding how inflation has hit everybody, the White House is not “focused” on predicting when the current run will end but instead on “trying to improve economic circumstances in this country.”

Later in the briefing, Deese was pressed by Fox News about why the public should accept their recession rhetoric, considering how wrong officials were about the “transitory” nature of current inflation.

“Well, let me just say this. We look at a range of data. We assess that data, and we lay it out for ourselves and for the president, but you don’t have to take our word on this,” he responded. “We understand that there are significant uncertainties that exist in the global economy, including issues of war, including issues of supply chains, but we also look at what other analysts and outside observers are, and certainly, that’s something that I know you and your outlets do as well.”

You can watch Tuesday’s briefing in full below: