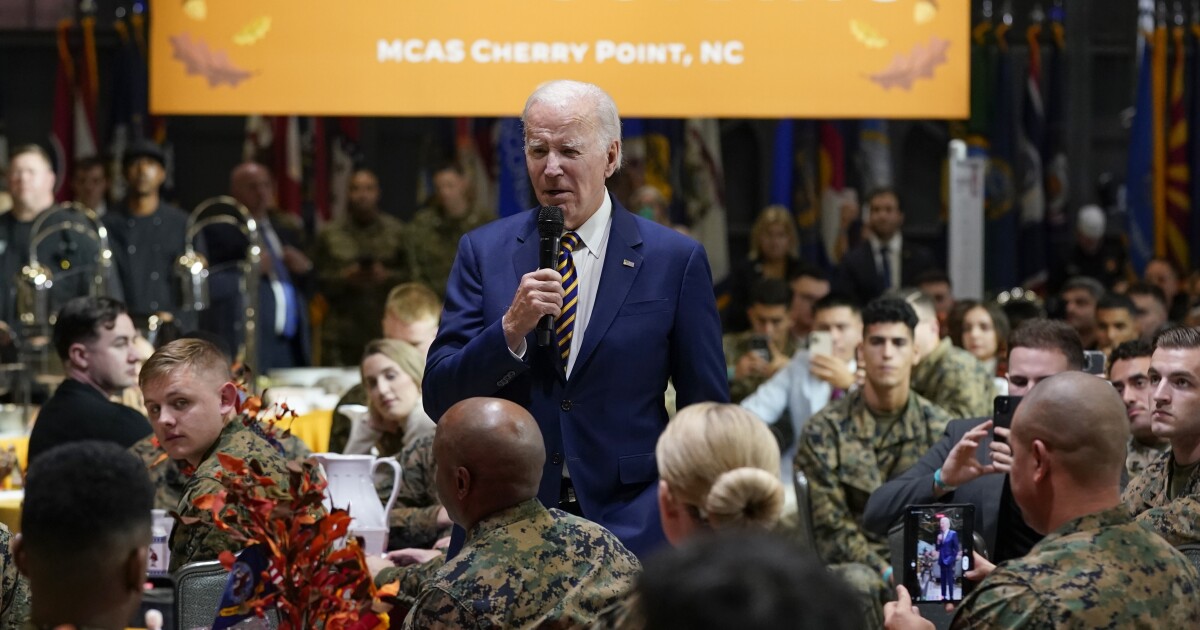 The White House is seeking to tout its agenda accomplishments from the past year by releasing a list of “talking points” people can use to discuss politics during Thanksgiving dinner.

“One last item for your Thanksgiving dinner: some talking points when ‘that Uncle’ comes ‘at you’ about [President Joe Biden],” White House chief of staff Ron Klain tweeted.

The list of talking points includes a slew of policy and legislative wins by the Biden administration and Democratic lawmakers, including measures on infrastructure and lower prescription costs that were signed by the president earlier this year. The list also touts the White House’s efforts to tackle inflation, noting gas prices are down $1.35 per gallon since June and that inflation has petered out over the last few months.

The White House also touted its progress on tackling unemployment “despite global challenges.” At the same time, the list hit out against Republicans for their “extreme” policy standpoints, pointing to GOP proposals for a federal abortion ban and efforts to repeal Biden’s Inflation Reduction Act.

Klain’s tweet prompted some criticism from different corners of the GOP, with some trolling the chief of staff for his efforts to boost the administration ahead of Thanksgiving.

“If you need to use Biden WH talking points at a family dinner, you’ve already lost whatever argument you’re in,” wrote Will O’Grady, deputy national press secretary for the Republican National Committee.

“Fixed it for you,” chimed in Abigail Marone, the press secretary for Sen. Josh Hawley (R-MO), attaching a photo of an empty list of accomplishments.

The discussion sheet comes just two weeks after the midterm elections in which Republicans seized a narrow majority in the House and Democrats maintained control of the Senate.

Despite Democrats outperforming expectations in the midterm elections, some Democrats are already looking ahead to 2024 and urging their party to usher in a new generation of leaders.