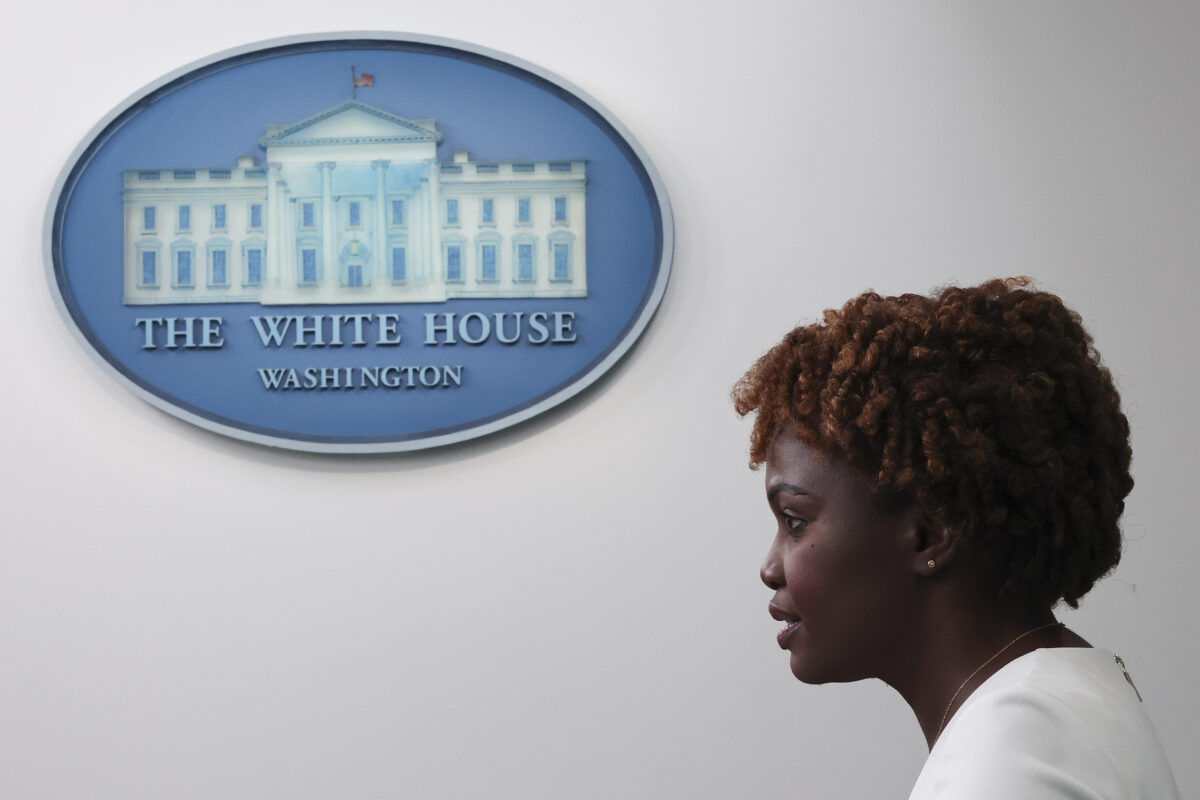 The Biden administration has spoken out against a new abortion ban in Indiana—the first U.S. state to pass such restrictions following the overturn of Roe v. Wade.

“The Indiana Legislature took a devastating step as a result of the Supreme Court’s extreme decision to overturn Roe v. Wade and eliminate women’s constitutionally-protected right to abortion,” White House press secretary Karine Jean-Pierre said in a statement on Saturday.

She further pressed Congress to “act immediately” to restore the protections of Roe v. Wade, the seminal 1973 precedent that largely legalized abortion across the United States. The 50-year-old ruling was struck down by the Supreme Court in late June.

Democrats have since been decrying what they call the revocation of women’s rights and welfare. According to the statement, President Joe Biden is also “committed to taking action” regarding abortion rights and access to abortion care under federal law.

In a bid to undermine new state laws against abortion, Biden signed an executive order last Wednesday that aims to protect access to expand coverage for patients traveling out of state for abortions.

Signed by Republican Gov. Eric Holcomb late last week, the new Indiana law limits most abortions statewide from Sept. 15, including exceptions for rape, incest, protecting the life and physical health of the mother, and lethal anomaly of the fetus.

Under the legislation, victims of rape or incest won’t be required to sign a notarized affidavit to verify claims of an attack, though the addition had been previously proposed. Meanwhile, abortions can only be performed in hospitals or outpatient centers owned by hospitals, meaning all abortion clinics will lose their licenses. A doctor who performs an illegal abortion or fails to file required reports will lose their medical license.

“These actions followed long days of hearings filled with sobering and personal testimony from citizens and elected representatives on this emotional and complex topic,” Holcomb said in a statement upon signing of the bill into law.

“Ultimately, those voices shaped and informed the final contents of the legislation and its carefully negotiated exceptions to address some of the unthinkable circumstances a woman or unborn child might face,” the governor wrote.

While Republicans and pro-life advocates are lauding the signing, pharmaceutical giant Eli Lilly, one of Indiana’s largest employers with 10,400 people at its headquarters in Indianapolis, has condemned the new ban on abortions.

The pharmaceutical firm said it is looking to expand its Indiana-based headquarters outside the state, out of concerns that the law will hinder its “ability to attract diverse scientific, engineering and business talent from around the world.”

“IU Health’s priority remains ensuring our physicians and patients have clarity when making decisions about pregnancy within the limits of the law. We will take the next few weeks to fully understand the terms of the new law and how to incorporate the changes into our medical practice to protect our providers and care for the people seeking reproductive healthcare,” it said in a statement.