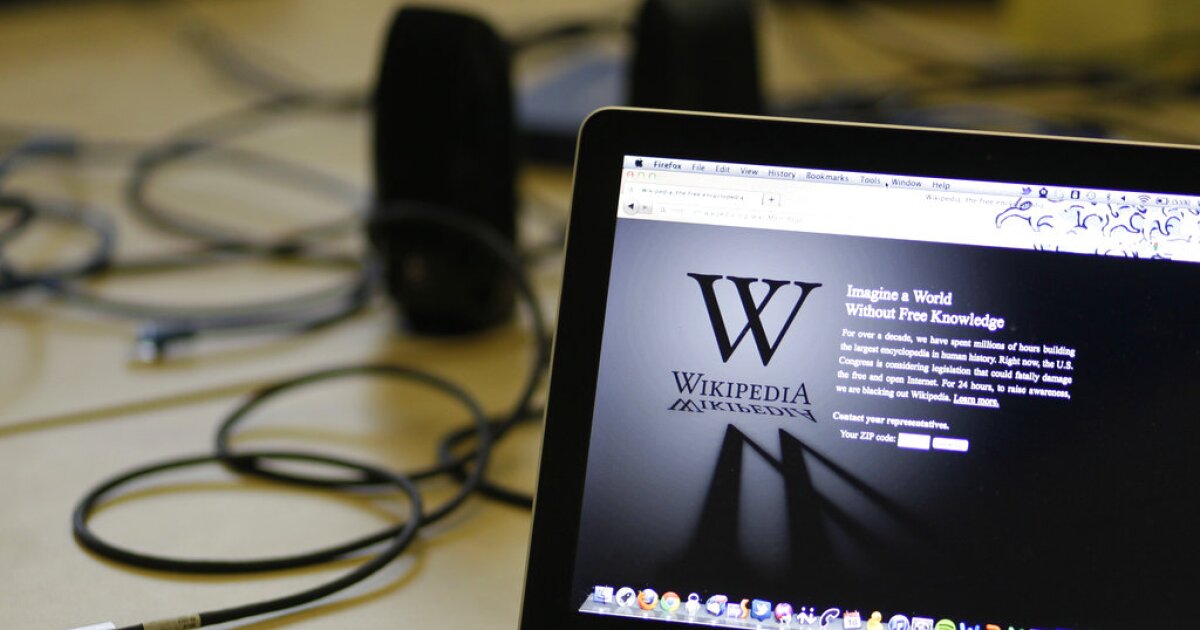 Wikipedia has blocked additional edits to the ‘recession’ page after users attempted to adjust it in response to President Joe Biden’s attempts to redefine the word.

The page was edited at least 47 times over 24 hours before Wikipedia administrators locked the page so that unregistered users could not change its contents until August. This restriction arrives as Biden administration officials attempt to avoid using the term to describe the current economy .

The online encyclopedia’s administrators froze the webpage’s edit feature due to a “persistent addition of unsourced or poorly sourced content.” The top of the webpage also notes that the recession webpage “may be affected by a current event.”

Users manipulated the page and battled over whether its lead paragraph contained the sentence, “Though there is no global consensus on the definition of a recession, two consecutive quarters of decline in a country’s real gross domestic product is commonly used as a practical definition of a recession.” As of Friday, the line is currently included in the description.

“The article always said something about ‘two down GDP quarters,'” wrote Wikipedia editor JPxG in a Thursday note . “The first section of the article, titled ‘Definition,’ has mentioned it since 2011 . As far as I can tell, nobody ever messed with this. The entire current dispute is over whether it should say this in the lead paragraph and the definition section or just in the definition section. Right now, the article gives both that definition and the [National Bureau of Economic Research] definition and takes no position on which is ‘correct.’ The NBER definition is a ‘significant decline in economic activity spread across the market, lasting more than a few months, normally visible in real GDP , real income, employment, industrial production, and wholesale-retail sales.'”

The page is currently semi-protected and requires users to have an account that is at least 10 days old and has 10 edits to its name in order to edit its contents. Nonauto-confirmed users can edit the page again after Aug. 3, but their edits will be held for human review before being visible.

The Biden administration has been criticized for denying that the current economy is in a recession. “We’re not going to be in a recession, in my view,” Biden told reporters Monday. “The unemployment rate is still one of the lowest we’ve had in history. It’s in the 3.6 area. We still find ourselves with people investing. My hope is we go from this rapid growth to a steady growth, and so we’ll see some coming down, but I don’t think we’re going to, God willing. I don’t think we’re going to see a recession.”

Other members of Biden’s staff, including National Economic Council Director Brian Deese, have repeated this notion. “Never in the history of our country have we had a recession where the economy was creating jobs, period, let alone creating 400,000 jobs,” Deese told CNN in a Tuesday interview . “Certainly, in terms of the technical definition, it’s not a recession. The technical definition considers a much broader spectrum of data points. But in practical terms, what matters to American people is whether they have a little economic breathing room, they have more job opportunities, their wages are going up — that has been Joe Biden’s focus since coming into office.” The White House Council of Economic Advisers published a blog post last weekend disputing the definition of a “technical” recession.

Republicans have criticized the attempts to shift the definition. “Newsflash for Joe Biden: You can’t change reality by arguing over definitions,” Republican National Committee spokesman Tommy Pigott wrote in a statement. “They think all they have is a messaging problem. In truth, though, they have a policy problem, and you can’t change reality by playing games with definitions. The American people are too smart for that.”