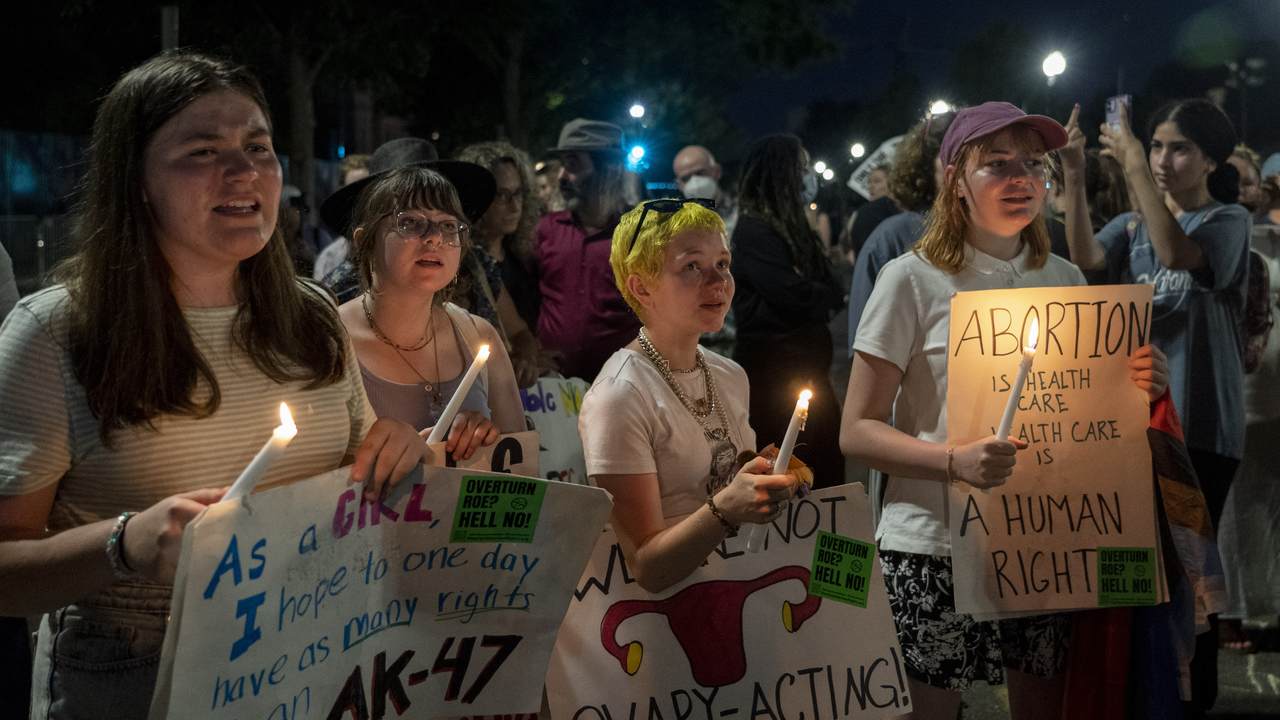 Are Republicans losing what seemed for months to be their overwhelming advantage in elections to the House of Representatives this November? The answer is unclear.

Optimistic Republicans have started thinking the FBI and Justice Department’s search of Mar-a-Lago, former President Donald Trump’s residence in Palm Beach, Florida, will trigger a recoil by Republican-leaning voters who may have qualms about the former president but also fear what many regard as prosecutorial persecution.

Optimists are often wrong about political trends. They tend to identify 10 of the last two turning points in public opinion. But sometimes, they get things right. And there’s a nontrivial possibility that both parties’ optimists may be right this year.

Consider the first claim. The Dobbs decision was announced on June 24. The first electoral test of the abortion issue came in the Kansas primary on Aug. 5. A referendum to overturn a state Supreme Court decision recognizing abortion as a right and leaving the issue to the legislature was rejected 59% to 41%. Far more Kansans voted on that issue (922,000) than in either major party’s primary for governor (738,000). It’s obvious that many Republicans voted for the pro-abortion rights position.

Three qualifiers should be noted. First, partisan turnout in the primary (62% of two-party turnout) was in line with party registration data (63% Republican).

Second, the picture of Kansas as a uniformly conservative rural state is misleading. In the referendum, 27% of the votes were cast in Johnson County, which contains most of metro Kansas City’s affluent suburbs. Most of the noncollege white people in that urban area live on the Missouri side of the line. Because of Johnson County, Trump’s percentage in Kansas declined in 2020, unlike next-door Missouri and Oklahoma.

Third, the Kansas referendum seemed to force voters to choose between a total ban on abortion — possible in the legislature, given the state’s history — and allowing abortion with some restrictions. Polls have consistently shown that banning all abortions, like opposing all restrictions, is unpopular.

Beyond Kansas, there’s some evidence that previously dispirited Democrats are rallying. The RealClearPolitics generic ballot average, tracking which party respondents favor for Congress, showed a 44% to 41% Republican lead on June 23. Now, it’s 44% to 44%. Historically, that question has underrated Republican performance, but the trend could be meaningful.

It’s less apparent when you look at total partisan turnout, tabulated by pollster John Couvillon. He shows 53% of two-party turnout this year was Republican, significantly higher than the 47% Republican in 2018. Republican turnout is up 20% and Democratic turnout down 5%.

There’s less difference in post-June 24 primaries, with Republican turnout up 11% and Democratic turnout down less than 1%. That suggests a reduction but not the elimination of a Republican advantage.

It’s surely too early to gauge fully the response to the Aug. 8 FBI raid on Mar-a-Lago. But the turnout on Aug. 9 in Wisconsin and Minnesota, two states without party registration, where voters are free to vote in either party’s primaries, looked much like the pre-June 24 picture nationally.

Another indicator was the special election to replace the late Republican Rep. Jim Hagedorn in Minnesota’s 1st District. In 2020, this district voted 54% to 44% for Trump and 49% to 46% for Hagedorn. In the special, it voted 51% to 47% for Republican Brad Finstad against Democrat Jeff Ettinger, former Hormel CEO, who carried Hormel’s home county by 13 points.

Ettinger did even better, 58% to 41%, in Olmsted County, home of the Mayo Clinic and upscale Rochester. That’s the hometown of the late Justice Harry Blackmun, Mayo’s lawyer for years and, as the only Supreme Court justice in history whose clients were mainly doctors and hospitals, the author of Roe v. Wade.

So it’s looking like reactions to events are split. Democrats in upscale areas like Johnson County, Kansas, and Olmsted County, Minnesota, might be more motivated to vote because of Dobbs. Voters not sympathetic to Biden Democrats in less upscale areas, like rural counties in Minnesota that cast votes at historically high Republican percentages for Finstad, might be moving more Republican.

Evidence for that includes the responses of two Republican governors who have kept their distance from Trump’s “stop the steal” claims. “A stunning move,” tweeted Virginia’s Glenn Youngkin. “Selective, politically motivated actions have no place in our democracy.”

“Another escalation in the weaponization of federal agencies against the Regime’s political opponents, while people like Hunter Biden get treated with kid gloves,” tweeted Florida’s Ron DeSantis.

Extravagant? Not when you’ve earned the distrust of half the country, as the FBI and Obama and Biden Justice Departments have in their treatment of Hillary Clinton, the Russia collusion hoax and Hunter Biden. Nothing in politics is free; there is just some question about when you pay the price.