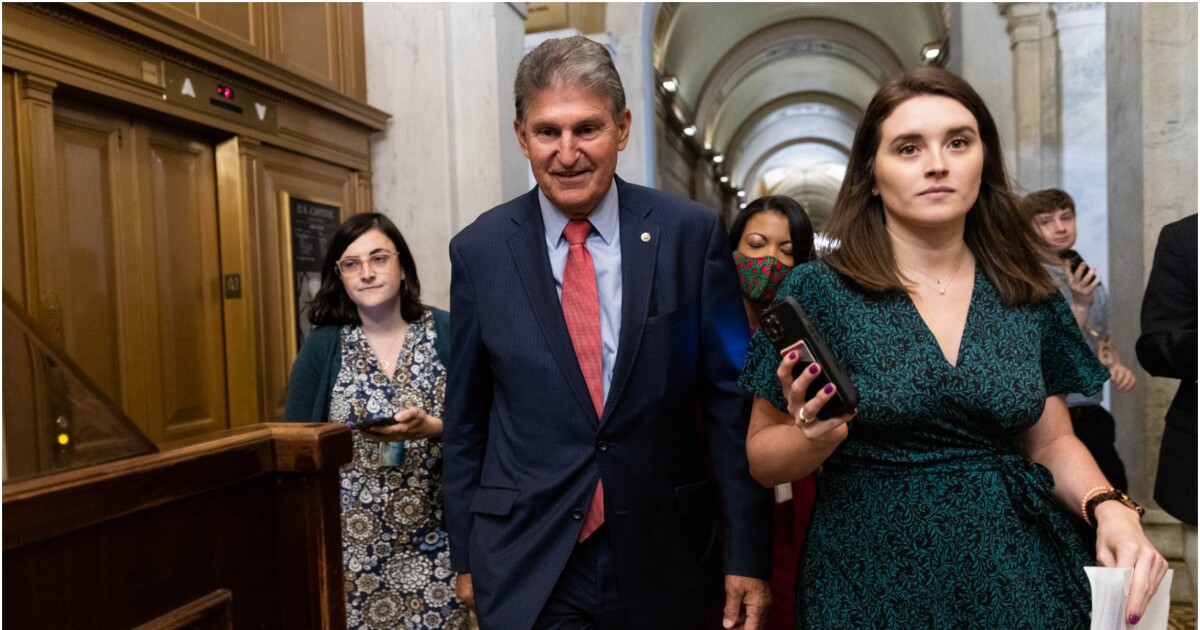 After weeks of wrangling, lawmakers finally released a draft of the yearly defense spending bill on Tuesday night as they race to wrap up legislative business by the time Congress breaks for the holidays.

The National Defense Authorization Act breaks down how the Pentagon plans to spend its billions of dollars in appropriations in the year ahead, and it had become the focus of partisan squabbling in recent weeks as lawmakers in both parties sought to use it as a vehicle for wish list items.

Here are the winners and losers so far from this year’s NDAA fight.

Facing a difficult path to the speaker’s gavel in January, House Minority Leader Kevin McCarthy (R-CA) had strong incentives to support the long-standing demand from House conservatives that the Pentagon drop its COVID-19 vaccine mandate.

McCarthy said over the weekend that the NDAA would not advance without language to repeal the requirement for service members.

Members of the House Freedom Caucus had pushed McCarthy in October to stall the NDAA until the legislation repealed the vaccine mandate, reinstated the men and women discharged from the military over refusing the shot, ended “woke” ideological training for troops, and established a special inspector general to oversee Ukraine aid spending.

While many of those demands were not met, including the reinstatement of service members, the mandate repeal represents a clear win for the conservative members who threatened to withhold their support for the NDAA until GOP leadership took up their cause.

Senate Majority Leader Chuck Schumer (D-NY) and Sen. John Cornyn (R-TX) pushed this fall to include a measure in the NDAA that significantly curbed the federal government’s reliance, either directly or through contractors, on some Chinese-made computer chips and semiconductors.

The proposal caused an uproar among corporations that argued the ban would be difficult and costly to enforce.

The NDAA draft contained some language restricting Chinese chips, but lawmakers had watered it down in several ways.

Enforcement of the restrictions would not begin until 2028 under the new proposal, for example, and the language allowed the government to have broader discretion in issuing waivers.

Lawmakers agreed to send Ukraine $800 million in additional aid next year through the NDAA.

The sum represents a major increase over what the Biden administration previously requested.

Some Republicans have vowed to resist sending more money to Ukraine unless the administration agrees to conduct more oversight of the funding when they are sworn in for their House majority in January.

But backing Ukraine financially likely still has enough bipartisan support to keep the aid flowing for the foreseeable future.

Lloyd Austin’s Pentagon will receive significantly more money than the Biden administration initially asked Congress to provide as a result of the NDAA.

Congress has proposed allocating $45 billion more to the military and related defense programs than the White House requested. Lawmakers had previously indicated that bump could be related to inflation.

Both President Joe Biden and Austin backed retaining the military vaccine mandate, however, and will be forced to accept something of a loss if the NDAA passes as is.

As lawmakers’ discussions about ending the military vaccine mandate grew more serious over the past week, Austin weighed in publicly in defense of the requirement.

“A million people died in the United States of America,” Austin said Saturday. “We lost hundreds in DOD. So this mandate has kept people healthy.”

Austin had implored Congress to pass the NDAA in letters warning about the seriousness of failing to do so before the new calendar year; had Congress failed to do so, it would have marked the first time in 61 years.

Centrist Sen. Joe Manchin (D-WV) agreed to back Democrats’ major spending bill, the Inflation Reduction Act, over the summer in exchange for a promise from Schumer that Manchin could get a vote on permitting reform. Manchin has long sought to ease the process of getting energy projects permitted.

Manchin had hoped the NDAA would include permitting reform language as Democratic leaders worked to follow through on their commitment to him.

But the draft version of the legislation did not include the provision.

While Manchin is now urging his colleagues to support the addition of an amendment that would tuck permitting reform into the bill, congressional leaders appear to be prioritizing getting the bill done before the deadline and avoiding any new battles over its contents.

Sens. Amy Klobuchar (D-MN) and John Kennedy (R-LA) had high hopes throughout the negotiation process that they could get into the NDAA a measure shielding smaller news outlets from Big Tech bullying, but the effort proved unsuccessful.

The NDAA’s authors removed the Journalism Competition and Preservation Act language from the final product amid intense backlash from the industry, including from Meta, formerly Facebook.

Klobuchar and Kennedy’s provision would have allowed smaller news outlets to band together in negotiations with major platforms, such as Google, to demand compensation for their work.