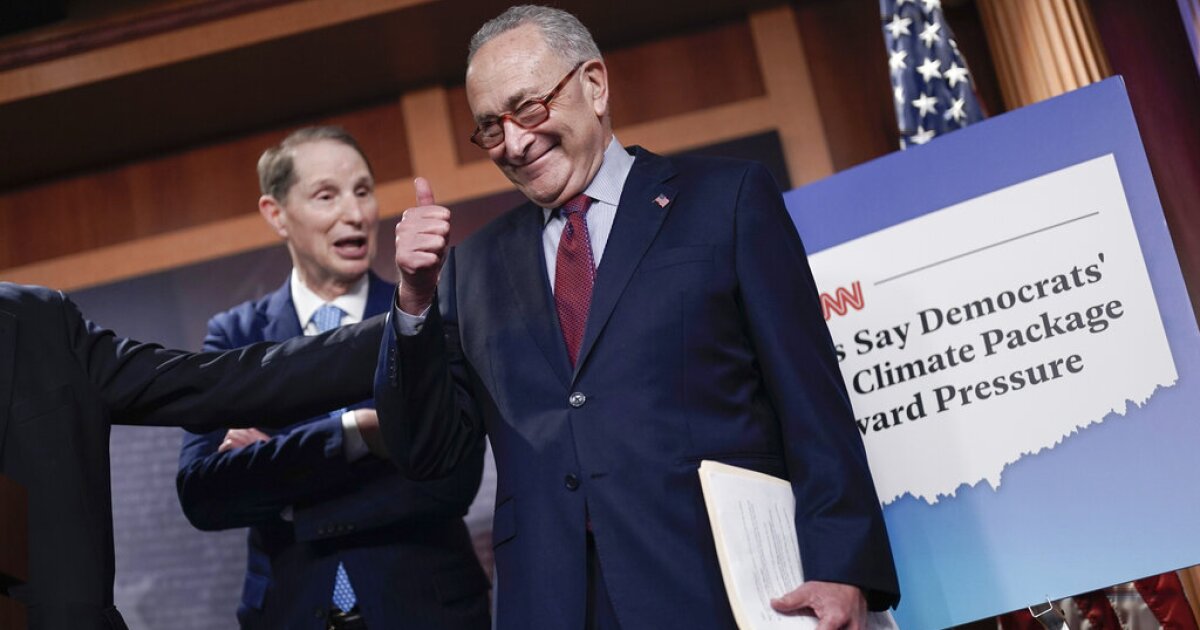 The Senate passed the Inflation Reduction Act over the weekend after hours of debate that stretched from Saturday night into Sunday morning, featuring amendments that shifted huge sums of money to benefit some at the expense of others.

The measure will seek to reduce the country’s deficit by $300 billion over the next 10 years; among its provisions, it will expand health insurance subsidies, increase funding for the Internal Revenue Service, and offer financial incentives to companies that prioritize renewable energy. Democrats didn’t get all they wanted in the bill after they made some compromises to get centrist Sens. Joe Manchin (D-WV) and Kyrsten Sinema (D-AZ) on board, but there were still notable wins.

The bill now heads to the House, where it is expected to pass the Democratic-led chamber. If passed, the legislation will affect several corporations and consumers nationwide in various ways.

Here are some of the expected winners and losers from the Inflation Reduction Act:

The legislation includes several tax credits for homeowners who seek to make their houses more energy efficient by switching to renewable energy rather than natural gas.

The provisions would also allocate up to $113 billion to incentivize the production of renewable electricity plants, which would lower costs for taxpayers because wind-electricity plants are much cheaper than those that burn coal or natural gas, according to NBC News. This incentive would also benefit utility companies that build those plants.

Car companies: Winners, but not all of them

The proposed legislation includes $400 billion in tax credits to energy companies who choose to use electric vehicles instead of gas-powered ones, and it requires that at least 40% of the battery components be domestically sourced from U.S. factories.

The bill would also begin phasing out Chinese electric vehicle components in favor of domestic ones in 2024 with the goal of producing solely U.S.-made batteries by 2029. These provisions would give U.S. car manufacturers an advantage over the next decade, particularly for companies that specialize in mining and refining the lithium that is used for electric car batteries.

Notably, the bill will also extend the consumer income tax credit for those who purchase electric vehicles to $7,500 and introduce a tax credit of $4,000 for purchasing a used vehicle. The bill will cap the price of eligible new cars at $55,000, and trucks and vans can be eligible for the tax credit if they cost less than $80,000.

However, car companies won’t reap the benefits until they can offer cheaper models that are eligible under the law’s provisions.

The proposed legislation also seeks to crack down on wealthy companies and those that have managed to evade taxes over the years, allocating a funding increase to the Internal Revenue Service to hire 87,000 new employees.

The bill would create a 15% minimum tax for corporations that make $1 billion or more a year, which is expected to bring in more than $300 billion in revenue to help reduce the country’s deficit. It would also seek to end practices that allow big companies to utilize tax loopholes by providing one set of profit reports to investors while using another set to give to the government.

The Inflation Reduction Act would lower prescription drugs to make them more affordable, dealing a blow to drug companies. However, there are some limits.

The legislation would allow Medicare to negotiate drug prices directly with manufacturers, and it would put a cap of $2,000 on drug prices for people on Medicare.

However, the provisions wouldn’t come into effect immediately, and they won’t cover every medication. The provision that would allow Medicare to negotiate wouldn’t take effect until 2026 and will only cover 10 drugs for the first three years. Additionally, the provision to cap drug costs wouldn’t be phased in until 2025.