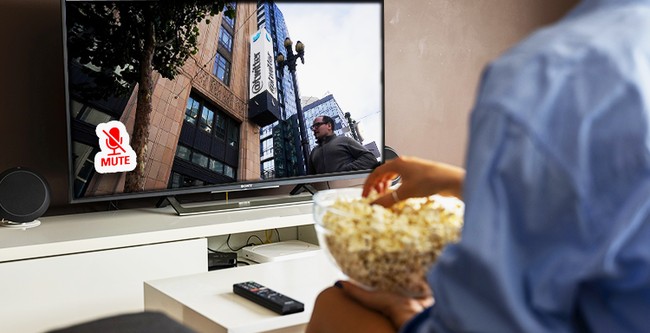 Since the last column, Elon Musk sent the media complex on a downhill toboggan run with no sled when he released internal documents from Twitter displaying how the prior management colluded with Democrats during the 2020 election. To say the journalists are not handling this well is an understatement.

Today brings a collection of some of the noteworthy reactions from the journo-experts, a group one used to expect to be excited by a document dump and excited to work over the evidence. Instead, we saw them setting out traffic cones and waving orange flashlights to steer us away from the information.

While it is tough to single out one journalist in particular in the stampede of hysterics this weekend, it feels like Ben Collins typifies things rather perfectly. Consider this is the guy who positions himself as the disinformation guru and online muckraker at the network, and this Twitter document release can be seen as the biggest story to explode on his particular beat.

Yet, Ben displays his rock-ribbed partisanship for one side by his abject refusal to even address the details in this story. Instead, he seems practically bothered by it all. His thread in response comes off like an epic whine as he backs away from the story as if a pound of brie was discovered after being forgotten in a car for three months.

What Elon Musk’s Twitter files have revealed so far is that content moderation at Twitter WAS being decided by a team of people with differing viewpoints.

Now it’s being decided by the richest man on Earth with an axe to grind against one political party — a true scandal.

There were a few ways the members of the press cabal went out of their way to justify not covering the story. Matt Taibbi, who was granted the documents and produced the thread exposé, absorbed his share of criticism from other journalists. It is a sign you have hit the target soundly when reporters get angry at another reporter for – reporting on the news. (Dasha Burns scorned for detailing John Fetterman’s incapacitated condition comes to mind.)

One of the refrains heard from many this weekend was how distasteful many journalists found it that Taibbi was willing to do the bidding of a billionaire. That those complaining in this fashion collect their paychecks from a wealthy media titan was a particularly precious dose of delusion.

Look, we all know why the press does not want to cover the Twitter documents release.
The hilarity is that one excuse for avoiding it — “he’s a billionaire” — comes from these dolts who work for outlets owned by (wait for it…) billionaires. pic.twitter.com/QD07Qcbnrs

One lame bit of deflection came from NBC’s other internet/social media maven, Brandy Zadrozny, who saw fit to disqualify the entire exposé. One of the revealing docs showed the political donations from Twitter management over the past three election cycles. In all of them, the executives gave no less than 96% of their donations to Democrats. (Laughably, this year, the lone Republican breaking the 100% standard was Adam Kinzinger.)

Zadrozny looked at this particular document and deemed it “bad reasoning,” which led to the entire thread being dismissed, in her estimation. The evidence of slavish devotion to one party being considered as somehow irrelevant by this reporter is to be measured as “excellent reasoning,” we are to assume.

To leap to political contributions as the reason the right was more often reported for rule breaking is just bad reasoning and really bad reporting. Good thing this guy doesn’t have an editor. https://t.co/V5r8PSUu0y

Another impotent argument was made to dismiss the import of the evidence that the Biden campaign and the Democratic Party had a direct line to Twitter executives to compel them to pull down posts they did not like and block accounts veering away from the preferred narrative. See, Joe Biden was only “running for president” at the time of these moderated decisions, and therefore, it is wrong to say that “the government got involved with Twitter censorship.”

The galaxy-brain effect here is that we need to believe a career politician with five decades in office and running to lead the country, his campaign that is staffed with political wonks, the Democratic Party, and the efforts made to sway an election are in no way whatsoever to be connected to “the government.” Well done, deep-thinkers.

The straining levels of desperation made to neuter the Taibbi document release are entirely comical. In this instance, Times columnist Zeynep Tufekci wants you to believe she has completely unraveled the document release – just as long as you focus on her highlighted segment and don’t read the entire entry offered.

Okay then. That’s the big story.

Taibbi says, seemingly with access to all internal docs, the earlier big claim that the government had directly intervened (“stepping in”) to suppress a story before the election has no evidence.

Context clues: What are they?

Clearly, if we read Taibbi’s complete comment, it is obvious that he is referring to “foreign government” involvement. This is made clear by his referencing the FBI and federal agencies. Oh, and also by his using the term “foreign hacks” – within the same sentence!

One other aspect that the journalists have collectively decided to focus on is the salacious aspect of Hunter Biden’s photos – which were not mentioned in any capacity here. But these wise and urbane pundits are desperate to sell us on the concept that the entire rationale behind this Twitter doc dump is that people are desperate to get a glimpse at Hunter’s penis.

“We need to find a way to avoid covering the Twitter document dump.”

(a script is handed out)

Use this as your framework, and do not be afraid to ad-lib a little bit. Just be sure to avoid mentioning the evidence on the laptop and focus attention on Hunter’s Penis!” pic.twitter.com/R18bIhKfqu

This is yet another example of latching on to one component of the doc dump and then attempting to invalidate from there. One of the files showed tweets targeted for removal that involve some of the salacious photos of Hunter Biden. But this is an attempt to suggest that was the ONLY content the Democrats have worked to suppress, and therefore, nothing to be concerned about or to busy themselves investigating.

It takes real talent to pack multiple errors inside of a tweet but to do so in a solitary sentence is a true accomplishment. Tim Dickenson, senior writer of Rolling Stone, pulled off this feat with his assessment of the Elon files release.

If Musk is willing to weaponize internal Twitter ‘privileged and confidential’ docs for political purposes, imagine what he might to with y’all’s DMs…

The very idea that Musk “weaponized” these files by releasing them is precious enough. Then Tim describes them as “privileged and confidential.” Elon owns the company, Tim. Those are HIS documents, so confidentiality is his decision, and he is free to make them public.

But possibly the most revelatory part was Dickenson theorizing that because Musk is willing to make these files public, he might, down the road, make public all of our direct messages.

An interesting thought, maybe, but had Tim actually looked into the matter – you know, researched it – he would have learned of Musk announcing that he intends to make Twitter DMs encrypted and thus not valid to be seen in the fashion that he fears might take place.