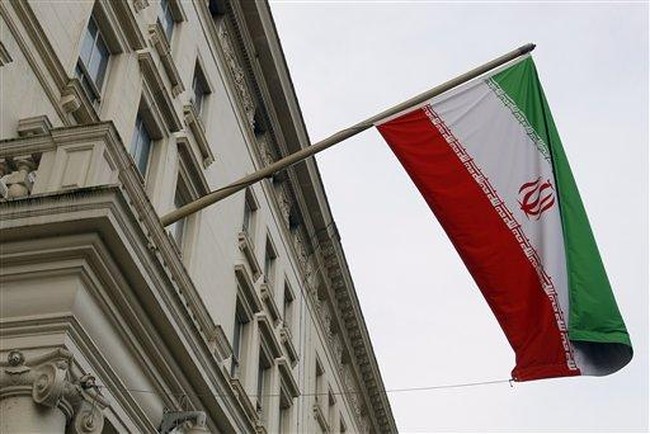 Iran’s latest round of nationwide anti-regime protests is now in its sixth week. All indications are that the Iranian people intend to continue protests until they obtain democratic regime change. Their slogans reflect this ambition, calling for “death to the dictator” and rejecting all tyranny, “be it the mullahs’ or the Shah’s.” Protesters put their lives on the line for that cause, unafraid to clash with armed security forces, and many have been heard to chant, “We will fight, we will die, but we will reclaim Iran.”

Indeed, some activists have made the ultimate sacrifice over the past 43 days. A domestic social network affiliated with the leading pro-democracy opposition group, Mujahedin-e Khalq (MEK), has determined that over 400 protesters have been killed so far, while thousands of others have been wounded. Some 20,000 have been detained and with them comes the threat of torture, forced confessions, vague criminal charges, and arbitrary prison sentences, or even execution.

Protests have swept close to 200 cities. All of the country’s major universities have also become outlets for pent-up anger at the repressive, theocratic system, as have high schools, especially girls’ high schools.

When the Iranian school year began early this month, teenage girls started echoing the protesters’ chants, and removing images of Supreme Leader Ali Khamenei that all schools are required to display. When government officials and pro-regime militants traveled to some of those schools to “reeducate” the young girls, their voices were drowned out by shouts like “shame on you,” and many were forced to flee the scene.

Workers in the oil and gas sector have begun staging strikes specifically in support of the broader protest movement. The worker-activists include industry veterans whose backgrounds and social experience could hardly be more different from the students with whom they are showing solidarity. The latest developments in this movement thus confirm that it spans four generations of Iranians. Its geographic diversity has seen the involvement of virtually all ethnic and religious demographics.

On Tuesday, the President-elect of the opposition coalition of the National Council of Resistance of Iran (NCRI), Maryam Rajavi, told a group of British lawmakers that the prominent female role in the current uprising reflects Iranian women’s awareness that their most basic freedoms are attainable “only if the mullahs’ religious dictatorship is overthrown.”

The people’s desire for regime change is arguably as old as the theocracy itself, given that the system of absolute rule by Islamic fundamentalists was the product of former Supreme Leader Khomenei co-opting a popular movement that sought only to end the prior Shah’s tyranny.

The scale, intensity, and duration of the current uprising signify that hope in success of regime change has reached a critical mass in the wake of several other uprisings. In the midst of the January 2018 uprising, Khamenei was compelled to acknowledge that the MEK had played a leading role in organizing the many simultaneous demonstrations and in popularizing the slogans which would ultimately continue circulating to the present day.

Much of the global media coverage of the current uprising has described it as “leaderless.” But this is an absurd claim to make of any movement that demonstrates such unity of messaging across such vast territory, with such social diversity. The Iranian people are aligned, first and foremost, behind the prospect of a future without the mullahs. But they also recognize that that future is made possible by the fact that the most well-known opposition leader, Mrs. Rajavi, has a concrete plan in place for the transition to a new system and the holding of Iran’s first free and fair elections.

The uprising is proof of the longstanding flaw in Western policies that assumed there was no viable alternative to the mullahs and that their hold on power was secure. No serious policymaker should cling to that assumption in the midst of this uprising.

Events of the past month make a return to Iran’s former status quo impossible. Western governments must begin altering their foreign policies to reflect the new reality. They must never again appease the mullahs’ regime, but must exert pressure and make firm demands, as by making future relations contingent upon an end to political repression and the release of all prisoners of conscience.

The international community must affirm the right of the Iranian people to fight back and defend themselves against the regime’s demonstrable brutality. This is the morally and politically correct stance, as enshrined in the preamble to the Universal Declaration of Human Rights. It is the most practical approach at a time when the Iranian people look to win their freedom.

The international community will soon be dealing with those people instead of the regime. They can begin now, by helping them to achieve their future goals as quickly as possible while preserving innocent lives.