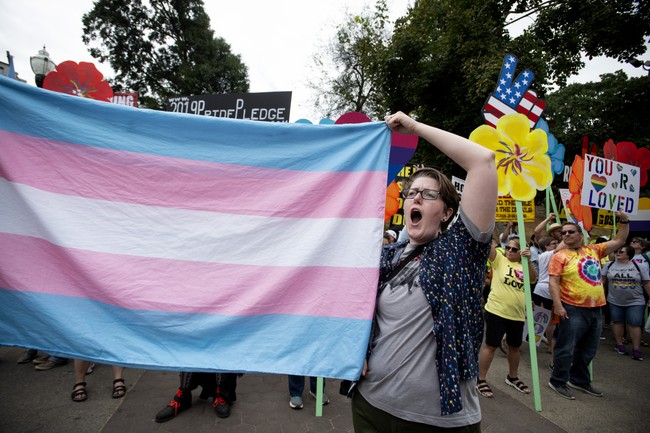 I work with a burly, no-nonsense construction guy – the site’s superintendent. Having mastered the complexities of getting hundreds of homes built to blueprint, code, to budget, and on schedule, his time and energy are consumed with the ideas, tools, and construction principles that work.

After decades in construction, “what works” is how he’s wired now, and it’s bled over into the way he sees life, including politics which, for the most part, is not rocket science. If it works, vote for it. If it doesn’t, don’t.

For him, getting caught up in the back-and-forth barking about overtly dumb stuff in politics, especially these days, is like trying to argue with some nut who’s hell-bent on digging a trench with a spoon. It doesn’t work.

“Whatever floats your boat, buddy,” he’d say as he walks away, “just stay away from my construction site.”

After a construction meeting last Friday, three or so of us lingered in small talk about things other than work. With his cell phone buried in calloused hands and legs outstretched to steel-toe boots so worn-in, they might as well be his feet, the “super” looked up from his phone to chime in that he’d just watched the new Top Gun movie. Twice.

He looked at me like I’d just poured concrete over a finished floor.

The man had no clue what it meant. I was shocked but dared not contaminate his pristine disposition – a hard-working construction man focused exclusively on the things that matter.

The men he supervises are that way, too. They start work at the crack of dawn to dig, hammer, and erect whole communities from dirt and sweat, often exposed to a searing sun that bakes the site with 100-degree temperatures, leaving their bodies marred forever from the naked toil cemented into the building process. And they love it.

Like their boss, they don’t have a lot of time to chew and rechew the political cud of wokeology.

“Never mind,” I told him, realizing I had no short answer for woke, anyway. “Trust me, it’s not important.”

As we were getting back to work, he went back to staring at his cell phone, adoringly it seemed. His eyes were glued to a picture wallpapered to his homepage of him standing with his granddaughter. That little girl is the engine that fuels his toil. Important stuff.

I get that. But given the time, I would’ve asked the superintendent to imagine being forced to build homes with plans he knew could never work. Suppose that the nut hell-bent on digging the trench with a spoon was there at the behest of company executives, pushed by the governor, funded by the legislature, protected by the courts, and praised by the President of the United States?

“Spoon-digger, your president has got your back!”

What if new rules forced the superintendent to allow millions of termites to breach the borders of the house? And what if he were forced to hire special trenchers to tunnel deep beneath existing homes to destroy their foundations, then hire painters and decorators to cover it all up?

He knows that it would never work, but he’s being forced to do it anyway, and he now feels like he’s just entered the Twilight Zone.

This is what’s happening all over America today, and as ludicrous as it sounds, it’s become as serious as a national heart attack. Border enforcement, energy, the economy, public education, checks and balances, the election system, the COVID response, criminalizing political differences, and race relations – none of it is working, and it’s getting people killed. The woke response? More.

Most shocking, for me, has been soft-on-crime policies that expose so many hard-working Americans to violence and death – horrific, in some cases. And it’s growing.

My construction meeting happened the same day murder suspect Joshua Reneau, 31, carjacked Larry Walker, 63, in Inglewood, Calif., then dragged him under his SUV for two miles to his death after he became entangled in his seatbelt.

That carjacking was like one that happened to Linda Frickey, 73, a working grandmother in New Orleans. As Frickey took a break from work to put something in her car, four carjackers rushed the car and drove off, leaving her entangled in the seatbelt. She was dragged for a block as her clothes were being torn off. Realizing she was still attached, the carjackers slowed down to kick her out. That grandmother bled to death on the street, naked, with her arm severed.

The meeting was also the same week 12 police officers were either shot or killed across the country, and the same day a disturbing surveillance video aired of a man walking a 14-year-old boy (initially reported as a girl) down a Los Angeles street, before forcing him into a park bathroom and raping him.

In Minneapolis on Saturday – the epicenter of George Floyd’s death and the defund the police movement – mayhem broke out outside The Gay 90s bar with one victim being beaten and kicked in the head by a group of men, fights between women, women twerking atop cars that blocked traffic and outnumbered police on horseback being harassed and cussed out.

Since last year, car thefts in that city are up 38.4 percent, property crimes are up 14.8 percent, overall crime is up 15.9 percent, and 93 people were shot over the last year, according to the Daily Mail. Since 2020, the homicide clearance rate dropped to 38 percent from 54 percent in 2016, the police force shrank from 900 to 560 in August due to retirements, resignations, and low recruitment, and 911 response times jumped to 14 minutes, from 11 minutes.

If the woke leadership in Minneapolis had simply enforced the law when protests crossed into violence, they could’ve set an example to the rest of the country. Instead, Mayor Jacob Frey ordered the city’s Third Precinct to evacuate after three days of violence, and that precinct – the city’s symbol for law and order – was torched almost instantly.

Worse, Gov. Tim Walz, like so many Democrats at the time, oozed white guilt. “I will not patronize as a white man without living [your] lived experiences,” he said. “The ashes are symbolic of decades and generations of pain, of anguish, unheard.”

Some version of Minneapolis is happening throughout the country. But as any burly no-nonsense construction guy could tell you, “This stuff ain’t rocket science.” You get more of what you reward and less of what you punish. Today, shockingly, we’re rewarding criminals and punishing law-abiders.

Two centuries of civility, painstakingly built with the brick and mortar of sweat and blood, gives political fools the luxuries they enjoy to destroy it. It’s not just stupid, it’s evil, and it’s gotten to a place where we can’t just ignore it. This is a cold war, and it is past the time average Americans wake up to the woke.

While you can’t blame hard-working, salt-of-the-earth Americans like the superintendent for cringing at the thought of cluttering their brains with the noise of today’s woke politics, living as if it doesn’t exist – these days – just won’t work.