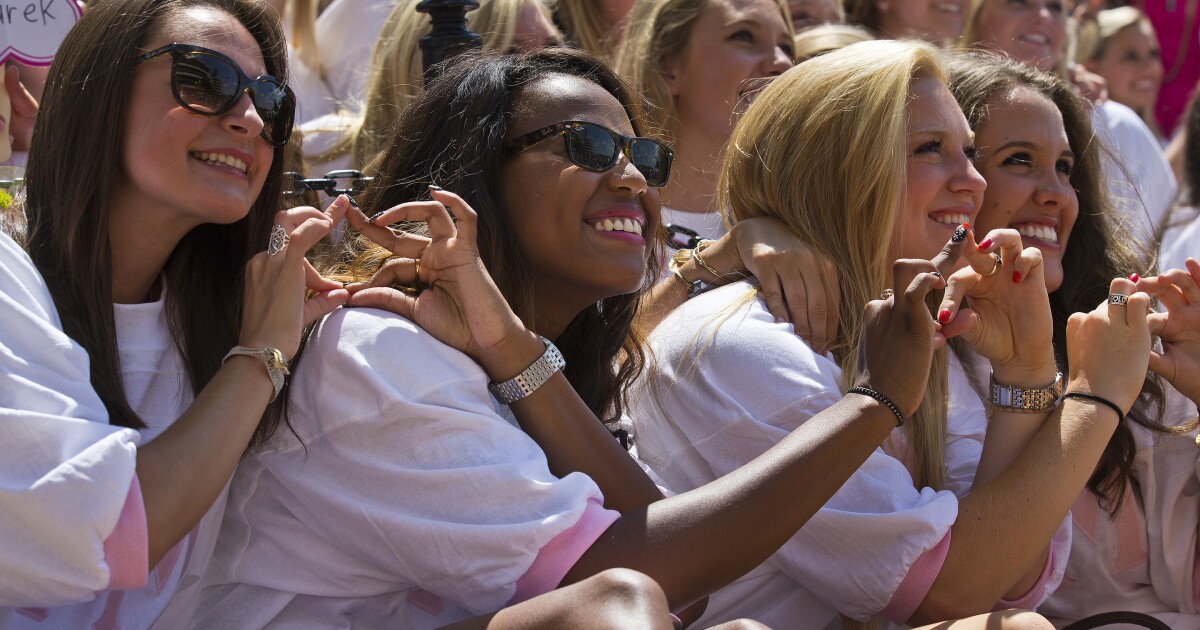 The University of Wyoming’s chapter of the Kappa Kappa Gamma sorority has made history by becoming the first in the school’s history to accept a transgender student into its sisterhood.

Artemis Langford, a biological male who identifies as female, was welcomed in by the sisters of KKG and will have full privileges to participate in all activities that were once only for biologically female students, according to the school’s student publication the Branding Iron.

“I feel so glad to be in a place that I think not only shares my values, but to be in a sisterhood of awesome women that want to make history,” Langford said.

“They want to break the glass ceiling, trailblazing, you know, and I certainly feel that as their first trans member, at least in the chapter in Wyoming history.”

The allowance of a biological male into the sisterhood is permitted by the national KKG Guide For Supporting Our LGBTQIA+ Members (2021) and through guidelines handed down by the National Panhellenic Council in 2018.

“Kappa Kappa Gamma is a single-gender organization comprised of women and individuals who identify as women whose governing documents do not discriminate in membership selection except by requiring good scholarship and ethical character. All chapters are expected to adhere to these documents,” a directive regarding future members reads.

Langford still had to be accepted into KKG by a majority vote, the report noted.

“Our Greek life here on campus, and I think nationwide as well, offers so many resources and so many opportunities and I am really glad that people can partake in that and be welcomed and not afraid that they’ll be rejected,” Langford said.

The newest “sister” recognizes the history being made with KKG, as well as the toll it might take.

“There does come a price to being a first, and it comes with people in our current political situation that are detractors that do not want that,” Langford said. “But to those detractors, I say that I understand where you’re coming from, but at the end of the day I wish that they would see me as who I am.”

“I am Artemis Langford. I’m from Lander, Wyoming. I went to high school here. I love this state. I love this campus and community. And I just hope that they’d see me as the person I am and not the ideology that they perceive me as.”