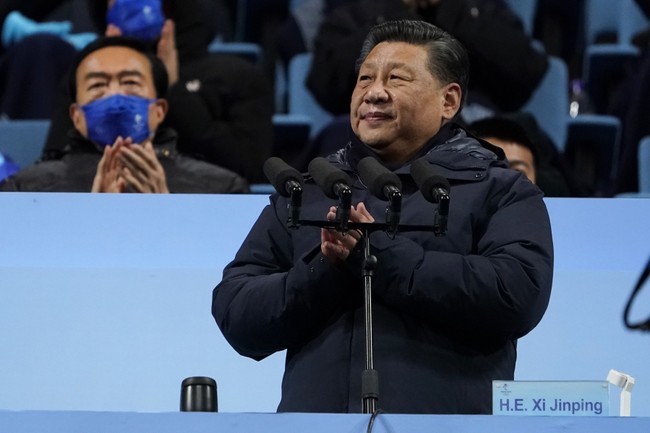 Just a month ago it appeared to many that Communist China was more invincible than ever with Xi Jinping appearing to have tightened his control, securing another extended term at the 20th Party Congress. And while some in the media described his status as “a new Chinese emperor for life” or “Mao Zedong reincarnated,” everything has suddenly changed over the Thanksgiving weekend with China experiencing more widespread anti-government protests than those associated with Tiananmen Square in 1989.

While there have been protests against COVID testing and quarantine requirements associated with zero-COVID policies over the last year in China, they were limited to a few localities. But just as the death of George Floyd triggered destructive riots, burning, and looting across America in May of 2020, the death of 10 people in Urumqui, China, on November 25, 2022—who were burned alive in an apartment building with doors having been welded shut by government officials—catalyzed a similar response. Massive waves of street protests have swept through at least eight large Chinese cities and dozens of university campuses over the last few days.

The simmering grievances against excessive COVID testing and quarantine requirements have now intensified into bold and outspoken opposition against Xi Jinping and the Communist Party. In Beijing on Sunday, protesters chanted, “we don’t want a leader, we want votes” and “don’t be a slave, be a citizen.” In Shanghai, protesters have demanded, “Xi Jinping! Step down! CCP! Step down!”

The situation coming out of theses sudden protests may be more dangerous than the Tiananmen Square massacre in 1989 to the continuity of China because then the protesters wanted the removal of some government leaders while keeping the Communist Party. Now, even with more risk to dissenting Chinese due to the totalitarian surveillance state that exists throughout China, protesters are more brazen—willing to protest the government with placards touting anti-regime slogans, and engaging in group chants, calling for “freedom of expression,” and “ending the rule of Xi Jinping.”

It may be that the dictatorial anti-rational rule imposed on the people by the Chinese government response to lingering Covid-19 transmission, may contain within it the seeds of the CCP’s undoing. More than a decade ago, Chinese-American political scientist and China governance expert Minxin Pei made this very case against Mao Zedong—the very leader who Xi Jinping wants to emulate—noting that, “While trampling institutional rules and norms may benefit autocratic rulers, it is not necessarily good for their regimes.”

The large-scale medical imprisonment of populations that started with the COVID-19 virus release in Wuhan and spread to other Chinese cities was exported to Europe and the United States in the first quarter of 2020. As if in coordination, the WHO, the World Economic Forum, the CDC, Bill Gates, and Anthony Fauci all jumped on the bandwagon with praise for the China lockdowns. In the United States, those lockdowns and the associated fear factor not only shut the economy down, but provided an ideal environment for leftist Democrat activist lawyers to succeed in forcing change in state election rules to their advantage, such as allowing wholesale distribution of mail-in ballots, the legitimization of ballot harvesting, the extension of deadlines for counting ballots, and legal challenges to voter ID and signature verification laws. All of which contributed to election irregularities and the subsequent loss of the legitimacy of the U.S. government on the world stage.

In addition, to the effects of lockdowns, America has experienced unprecedented censorship, the corruption of science and the administration of health care, the decertification of dissenting doctors, the banning of non-vaccination alternative preventive therapeutic treatments for COVID, and later, the mandatory injections of an emergency use authorized COVID-19 vaccine formula with a safety profile that’s being increasingly questioned.

The Chinese people are exhibiting extraordinary courage in revolting against the CCP and calling for its demise. Meanwhile, the elites behind the Biden administration don’t know what to do. They know that if they support the Chinese people’s revolt, they will also be acknowledging the irrationality of the CCP’s policies. And by implication, they would be indicting their past COVID policies and potentially undermining the ability to use future pandemics to gain greater control and consummate the Great Reset.

In summary, what is happening now halfway around the world in China has tremendous implications for reversing the political corruption and loss of freedoms that Americans have been experiencing. The Chinese regime as a shining model for the Great Reset of Klaus Schwab and his World Economic Forum is collapsing before our very eyes. The Great Reset—from its government controlled digital currency, universal health passports, and its wall-to-wall surveillance state—has no place in America or any country that values liberty, truth, and justice.

Scott Powell is a member of the Committee on the Present Danger-China and senior fellow at Discovery Institute. His latest acclaimed book, Rediscovering America, has been a No. 1 new release in history for eight straight weeks at Amazon (https://www.amazon.com/dp/1637581599). Reach him at scottp@discovery.org.