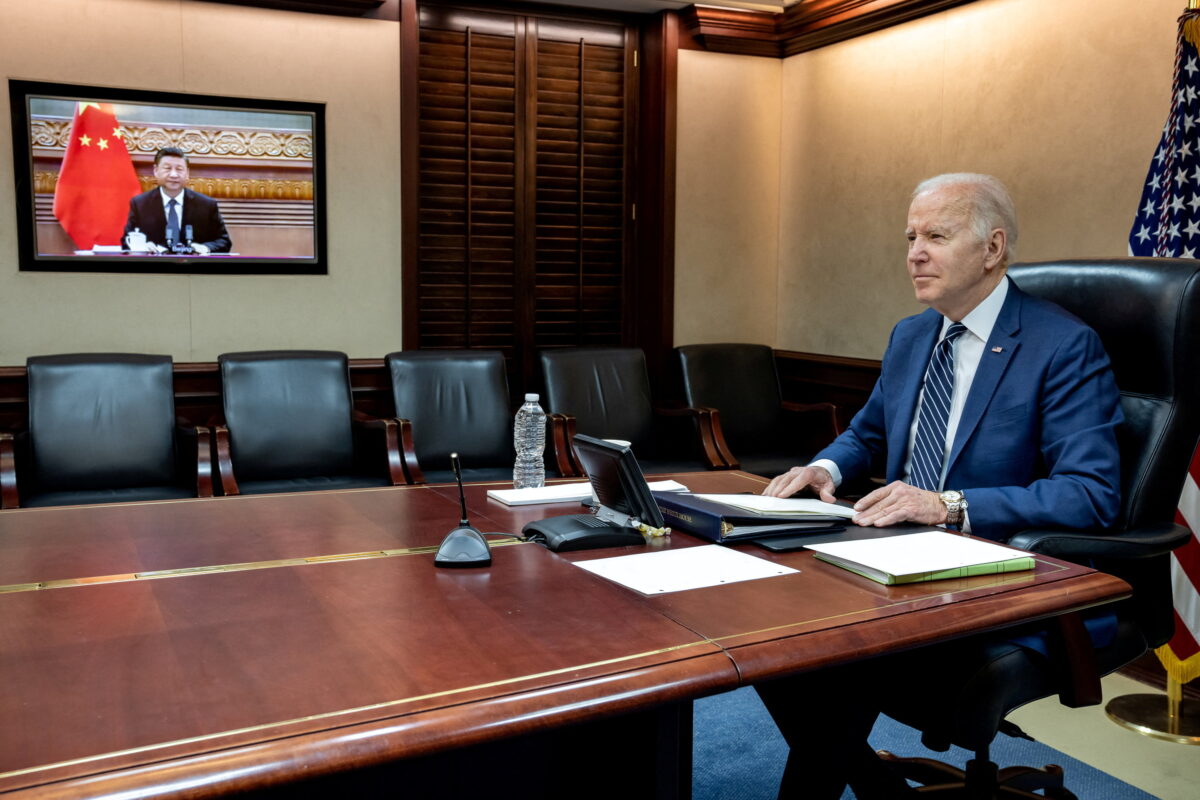 President Joe Biden held a phone call with Chinese Communist Party (CCP) General Secretary Xi Jinping July 28. The call was the fifth of its kind between Biden and Xi, and lasted well over two hours.

The call came amid a myriad of tensions which have caused Sino-American relations to fall to their lowest point in decades. Despite a decreasing willingness by the CCP to negotiate on most issues, the White House said that it was important to keep the lines of communication open between the two powers.

“The President wants to make sure that the lines of communication with President Xi remain open, because they need to,” said White House national security spokesperson John Kirby. “There’s issues where we can cooperate with China on, and then there’s issues where, obviously, there’s friction and tension.”

“This is one of the most consequential bilateral relationships in the world today, with ramifications well beyond both individual countries. The President clearly understands that, and we’re going to continue to work on that relationship.”

Chinese state-owned media said that the exchange was a “candid and in-depth,” and that the two leaders promised to stay in communication.

Xi reportedly told Biden that it was the duty of “the two major powers” to manage global security and urged Biden not to view the CCP through the lens of “strategic competition.”

Biden is currently contending with the need to adequately address China’s status as a rising power while simultaneously mitigating the regime’s increasingly hostile behavior.

To that end, Xi’s conversation with Biden focused heavily on Taiwan.

“Playing with fire will set you on fire,” Xi told Biden. “I hope the U.S. can see this clearly.”

The CCP maintains that Taiwan is a breakaway province of China. Xi has vowed to unite the island with the mainland, and has not ruled out the use of force to do so. For its part, Taiwan has been self-governed since 1949, has never been under CCP control, and boasts a thriving democracy and market economy.

The United States does not have formal diplomatic relations with Taiwan but is bound by a treaty to provide it with the arms necessary for its self defense. The government also maintains a doctrine of “strategic ambiguity” in which it will neither confirm nor deny whether it would defend Taiwan in the event of a Chinese invasion.

The issue came to the fore over the last week as rumors emerged that House Speaker Nancy Pelosi was planning a personal visit to Taiwan.

The CCP subsequently threatened “forceful measures” against the United States and Taiwan should the trip go through.

Following the remarks from the CCP, Biden publicly said that such a trip was “not a good idea,” and suggested that the military was against it.

Biden’s statements raised eyebrows from legislators and experts alike, who believed that they overstepped the bounds of both the President and the military in attempting to control the personal travel of a sitting member of Congress.

Pelosi remarked that the administration may have believed China would shoot down her plane if she visited Taiwan.

The back and forth was just one incident in a growing line of bellicose and at times hostile rhetoric emanating from the highest echelons of the CCP.

In May, China’s defense minister threatened that the CCP would “not hesitate to start a war no matter the cost” to prevent Taiwan’s de facto independence from being recognized internationally.

The White House had not released a readout of the call at the time of publishing.