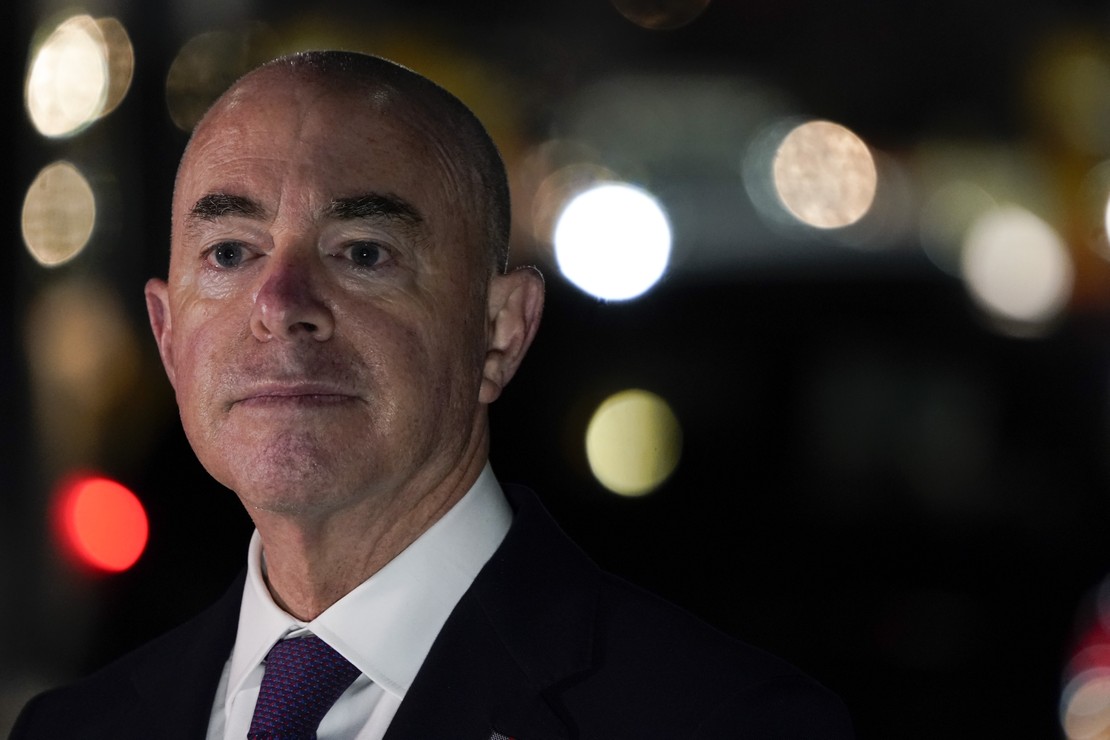 Homeland Security Secretary Alejandro Mayorkas said the southern border “is secure” at the Aspen Security Forum on Tuesday, Fox News reported. It definitely is not.

“Look, the border is secure,” the secretary said, according to the outlet. “We are working to make the border more secure. That has been a historic challenge.”

Americans should be deeply concerned with how Mayorkas defines border security — or his less-than-stellar public relations skills to make it sound like the crisis is just a “challenge.”

Although he did remark that there is a distinction to be made between “safe” and “secure,” words do not change the fact that there is a crisis at the border and that he has failed to get a grip on it.

Shortly after President Joe Biden took office, migrants began to arrive in droves under the impression that they would be treated better than under the Trump administration. It’s hard to blame them, as Biden stopped construction of the border wall and ditched “Remain in Mexico” as soon as possible.

The fact is that migrant encounters in Fiscal Year 2022 have already surpassed the numbers from Fiscal Year 2021, with over 1.74 million, and there are still three months left of data to go. Many of these people are being duped by smugglers to come to the United States and are being put through dangerous situations on their journey, like when 53 migrants died in a tractor-trailer in Texas in June, as RedState’s Bob Hoge reported.

As so many people are coming over from Central America and around the globe, it would not qualify as secure. The issue goes beyond just migration, as drug traffickers also have malicious intentions.

Fentanyl, the leading cause of death for Americans aged 18 to 45, is frequently smuggled across the border.

A February government report from the Commission on Combating Synthetic Opioid Trafficking determined that Mexico is the main source of the highly potent drug in recent years. The border is fueling an overdose problem in the U.S., as people will sometimes accidentally take something with a lethal dose of fentanyl, according to the University of Colorado.

These issues are only the tip of the iceberg, as border communities are likely to see the full consequences on their doorstep.

For those who are in disbelief, they should be listening to what his Border Patrol agents are saying about the situation:

“We’ve been saying it would get worse. It’s gotten worse. We no longer have a functional border. It’s nothing but a speed bump for criminality with a reward system for breaking our laws, courtesy of the Biden Admin,” the National Border Patrol Council tweeted July 16.

We’ve been saying it would get worse. It’s gotten worse. We no longer have a functional border. It’s nothing but a speed bump for criminality with a reward system for breaking our laws, courtesy of the Biden Admin. https://t.co/9hTHSlyxj3

Once again, nobody should be calling the border secure, especially the leader of the DHS. Mayorkas is at least admitting that it’s challenging, except this is a result of poor border policies and indecisive leadership coming from the Executive Branch.